ART OF MOTOCROSS RACE POSTERS: GETTING RACERS OFF THE COUCH Race posters can go one of two ways: (1) They can tell you everything you need to know about the upcoming race; date, place, classes, gate times, parking, sign-up and prices. (2) or they can grab your attention and try to make you want to be there because of the way the poster looks. Most of today’s race posters are the first kind, not the second kind. No one ever remembers an informational flier—but everyone can all recall a memorable race poster.

SoCal’s Glen Helen race poster, largely for the weekly REM races, tend to go for the emotional tug and they achieve this by recycling old race posters from the 1930s, album covers and poster styles that are both eclectic and fun. They don’t always have a lot of info (often only the web site address) and they don’t always make sense, but MXA gets a lot of emails about the posters and occasionally someone will write in to ask about an REM race and say, “you know the race with the red posters.”

They also have some strange slogans on them like; “Put Your Big Boy Pants On,” “Like It Was Meant To Be—Only More So,”  “Join The REMolution,” “The Last Chance To Breathe Roost,” and the always popular “Randy Skinner Bounty.” 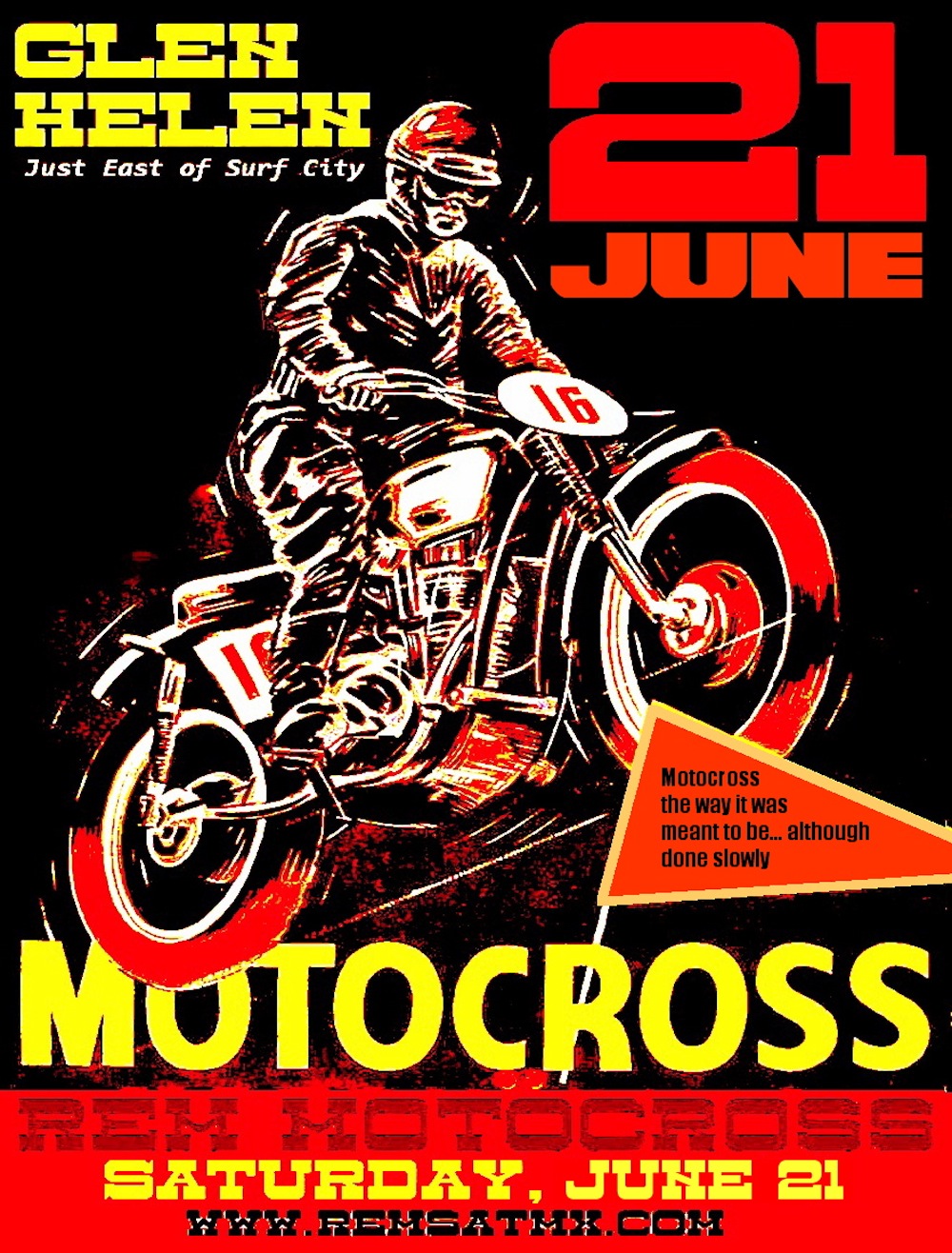