One Saturday afternoon ten years ago, Dirt Bike Magazine editor Ron Lawson called MXA editor Jody Weisel and asked if he was going to flying on Sunday. Jody said that since he wasn’t racing on Sunday that he probably would take his airplane up for entertainment. Then, Jody asked, “Why do you ask?”

“You have got to shoot a photo of this turn I built for the Glen Helen Six-Hour Endurance race,” said Ron.

“Where on the course is the turn?” asked Jody. 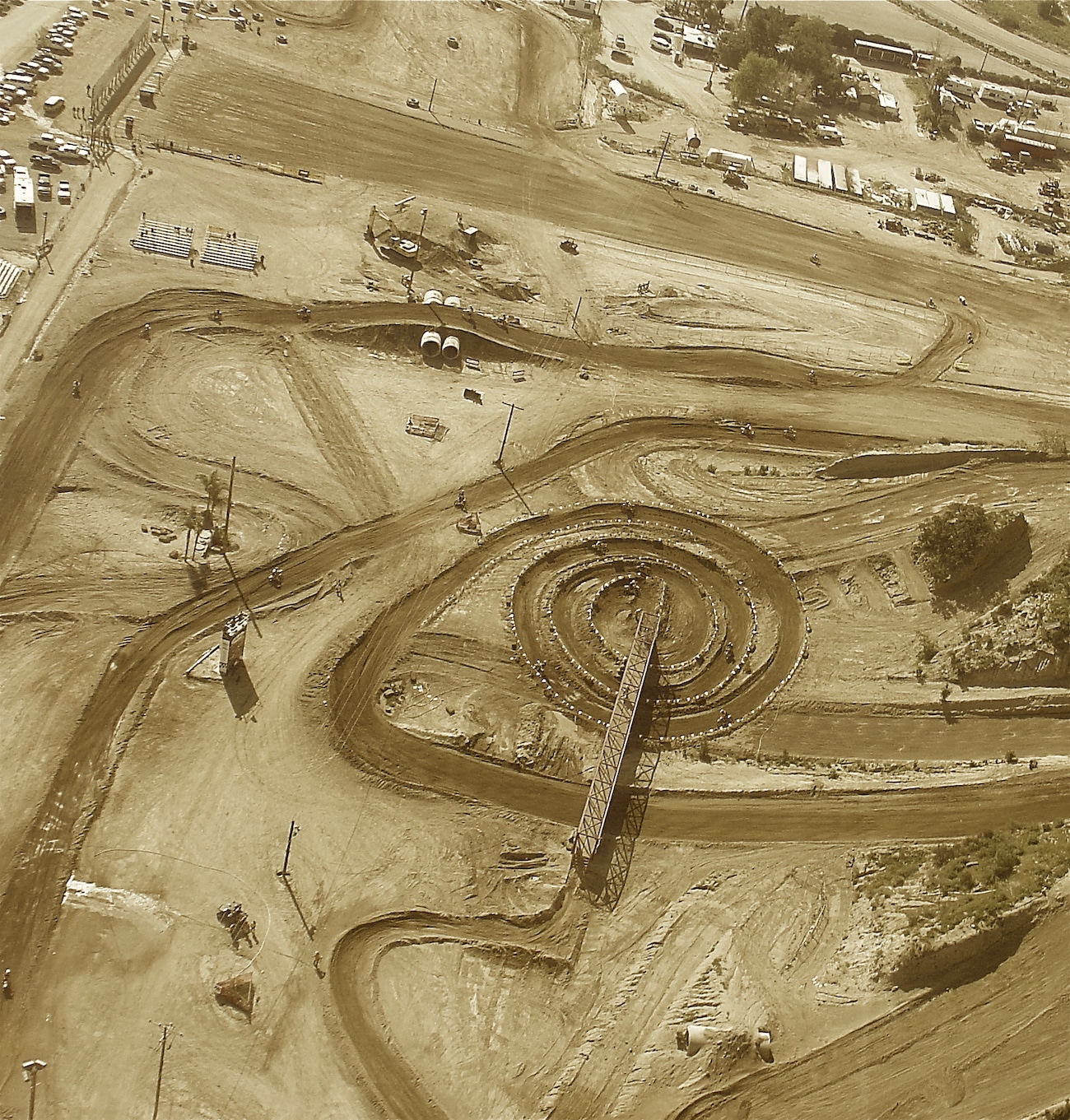 The lay of the land. In this photo you can see where the riders come down Mt,. Saint Helen (right) and enter the circles and after completing them, exit over the bridge. Jody dips a wing and heads for the wild blue yonder.

Ron never built a turn with so many concentric circle after that because many riders got dizzy going around them. He settle on two circles as the perfect number.