Paris Supercross has a long and rich history and the show is back on with many of the best Supercross riders in the world set to go racing. Eli Tomac, Cooper Webb, Ken Roczen, Marvin Musquin and Justin Brayton are all set to race this weekend in Paris, and international fans can watch the racing with the MXGP TV online streaming service (www.mxgp-tv.com/subscribe). This weekend’s two-day Supercross race costs $11.99 (USD) to watch both nights Live, with English commentary. Or, you can sign up for the MXGP TV pass for the 2023 season for $114.99 (USD).

As in the previous 38 events since the very first edition in 1984, the Paris Supercross has attracted the same overwhelming public interest; the Saturday evening show has already been ‘sold out’ for several weeks even though the Paris La Defense Arena is one of the largest indoor stadiums in the French capital. French and European fans clearly don’t want to miss this year’s event; only in Paris can you see such a great event with such a strong line-up. Eli Tomac has had quite an offseason. He won the Motocross des Nations with Team USA, he won the first FIM World Supercross Round in the UK and now he’s racing the Paris Supercross in France.

For the fourth time in his career Eli Tomac will race the Paris SX and never in the past has he been coming off such a great season! Eli doesn’t cross the Atlantic so often and the goal of the reigning US Supercross AND Motocross champion, winner of the MX of Nations with Team USA and a 56-time US Supercross winner will be to take home another French trophy after his win at the 2014 Paris SX. 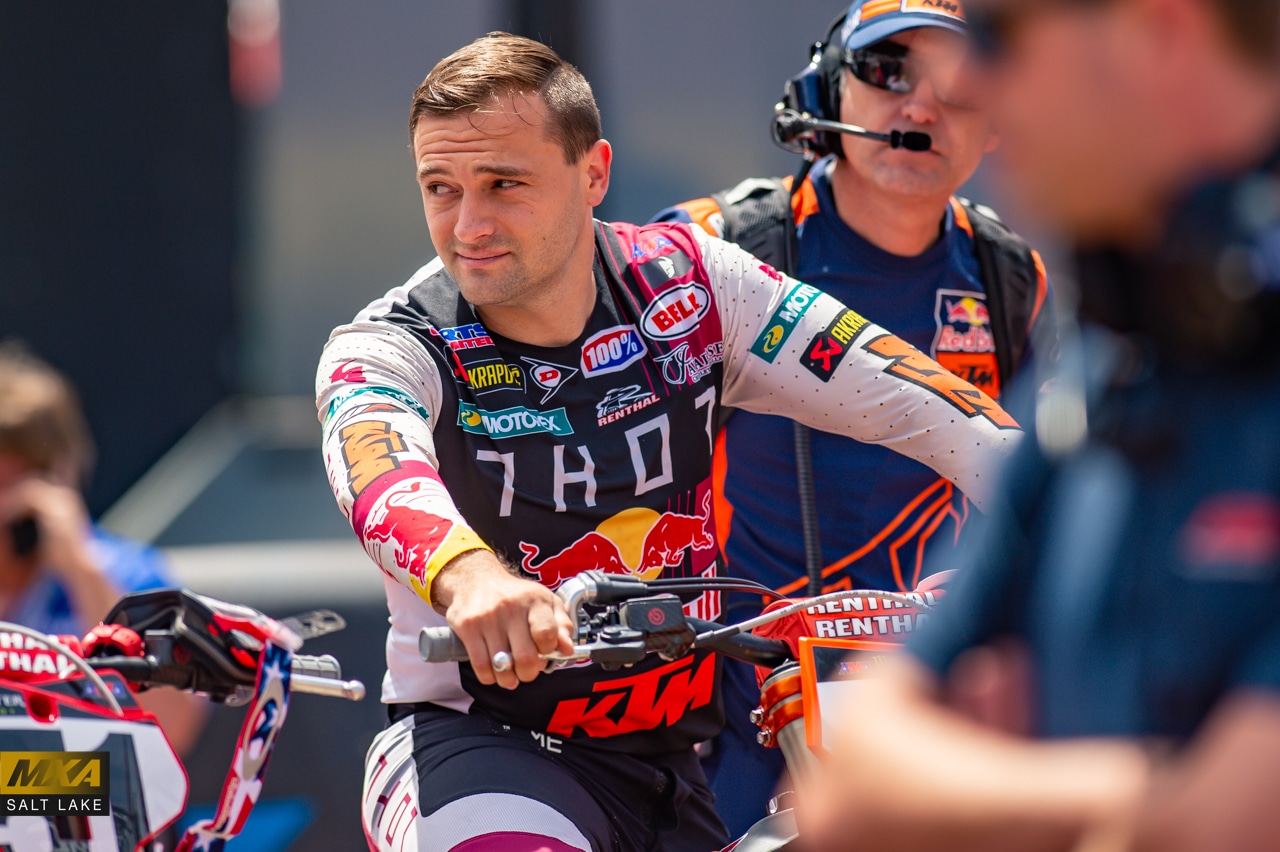 Cooper Webb skipped the Outdoor Nationals to heal up from injuries sustained in AMA Supercross. He’ll use Paris Supercross as a building race for the 2023 season.

Cooper Webb has previously only raced in Paris once – in 2015 – but since then he has claimed two US Supercross titles – 2019 and 2021 – and won nineteen Main Events. Eli and Cooper, the winners of the last four editions of the US Supercross series, will line up alongside two of their regular opponents. Ken Roczen has had a whirlwind of an offseason.

Ken Roczen will race in Paris for the very first time. He’s also in the middle of a unique time in his career. Ken declined to sign a 2023 AMA Supercross contract with HRC Honda when they told him he wouldn’t be allowed to race the two-round WSX series. Kenny finished second to Tomac in Cardiff while riding a Honda CRF450 under Yarrvie Konsky’s Genuine Honda Racing team. He then flew back to California and raced Red Bull Straight Rhythm on a Pro Circuit built Yamaha YZ250 two-stroke, and then flew to Australia to race on Yarrvie Konsky’s Honda again. After sustaining a flat tire in one of the three Main Events, he finished second overall on the night to Joey Savatgy, but he won the 2022 WSX 450 title. Since then, Ken has been seen riding a 2023 Yamaha YZ450F at ClubMX while trying to figure out his plans for the 2023 season. This weekend, he’ll be back on a Honda CRF450 with support from Red Bull and Yarrive Konsky’s Honda team. Although Justin Brayton retired from AMA Supercross, he’s still racing Supercross around the world. He raced both rounds of the FIM WSX series, he’s racing the Australian Supercross series and he’s racing in Paris this weekend. Last year he was on the podium in third behind Musquin and Soubeyras.

As usual the best French domestic riders will be present and once more they will fight for top results. Last year Cedric Soubeyras joined Musquin and Brayton on the podium, and he will again lead the French team alongside Greg Aranda, Maxime Desprey, Thomas Ramette, Anthony Bourdon, Adrien Escoffier and Julien Roussaly in the SX1 class. There will be even more Frenchies in the SX2 class as Paris is a round of the French SX Tour. The top ten riders in the standings will be present (after the first three rounds Brice Maylin is leading the classification ahead of Lucas Imbert and Yannis Irsuti).

Additionally, for this event, several wild cards have been selected by the promoter: Chris Blose, Jace Owen, Kevin Moranz, Justin Starling and Cullin Park from the USA, Australian Matt Moss, Spain’s Anders Valentin and France’s Quentin Prugnières and Enzo Polias will give an international touch to the French series. In Paris the show has always been one of the priorities for the organisers, and of course the FMX riders will enthrall the fans during their appearances; Spaniard Edgar Torronteras, Swiss Matt Rebeaud, Belgian Julien Vanstippen and Frenchies David Rinaldo and Nicolas Texier will put on two big-air shows! Racing, show, lights, FMX, music, that is the combination which will once again make the Paris SX such a huge event. If you want to experience the event live then don’t lose time as there are only a few seats still available for Sunday afternoon; the show start at 3 pm, but all tickets give access to the stadium for the practice sessions.

The fans will be able to watch the races live on: https://www.mxgp-tv.com/home

BATTLES ON THE BEACH! RAW QUALIFYING VIDEO FROM STRAIGHT…

WATCH THE 250 WEST FROM GLENDALE IN UNDER 5 MINUTES