Tony Cairoli’s path to second in points has been based on consistency. Tony has won three GPs in 2020, but only won two motos all season long.

Antonio Cairoli won his 92nd Grand Prix in Trentino with a solid 2-2 over Tim Gajser’s 1-4, but Tony’s goal of breaking Stefan Everts record of 101 wins is still a far way off—and won’t be achieved this year. Tim Gajser was on schedule to win again after his first moto victory, but he got bad start and decided to play it safe with his 73-point lead over Cairoli. Clement Desalle said that his second moto win “will sustain me for a long time.”

The sentimental news at the first of three races at Arco di Trento was that Clement Desalle, who recently announced his retirement after the 2020 season ends, won the second 450 moto and strung together a 6-1 day for a podium finish. The Trentino moto win was the first moto win for Desalle since the 2018 Russian Grand Prix. Desalle said: “It was a really nice second moto and podium. That second moto will sustain me for a long time. I had a good start passed second, Seewer made a mistake, I was leading I said, ‘that’s such a nice feeling – it was a long time!’ I found a good rhythm, I was really happy about my riding. It’s really nice, it’s such a good feeling.” It is sad that no fans were allowed at the race, because they would have loved to cheer on the rides of the two veterans—Cairoli and Desalle. Tim Gajser has won 13 motos in the 2020 season. That is one-third of all the motos held so far. 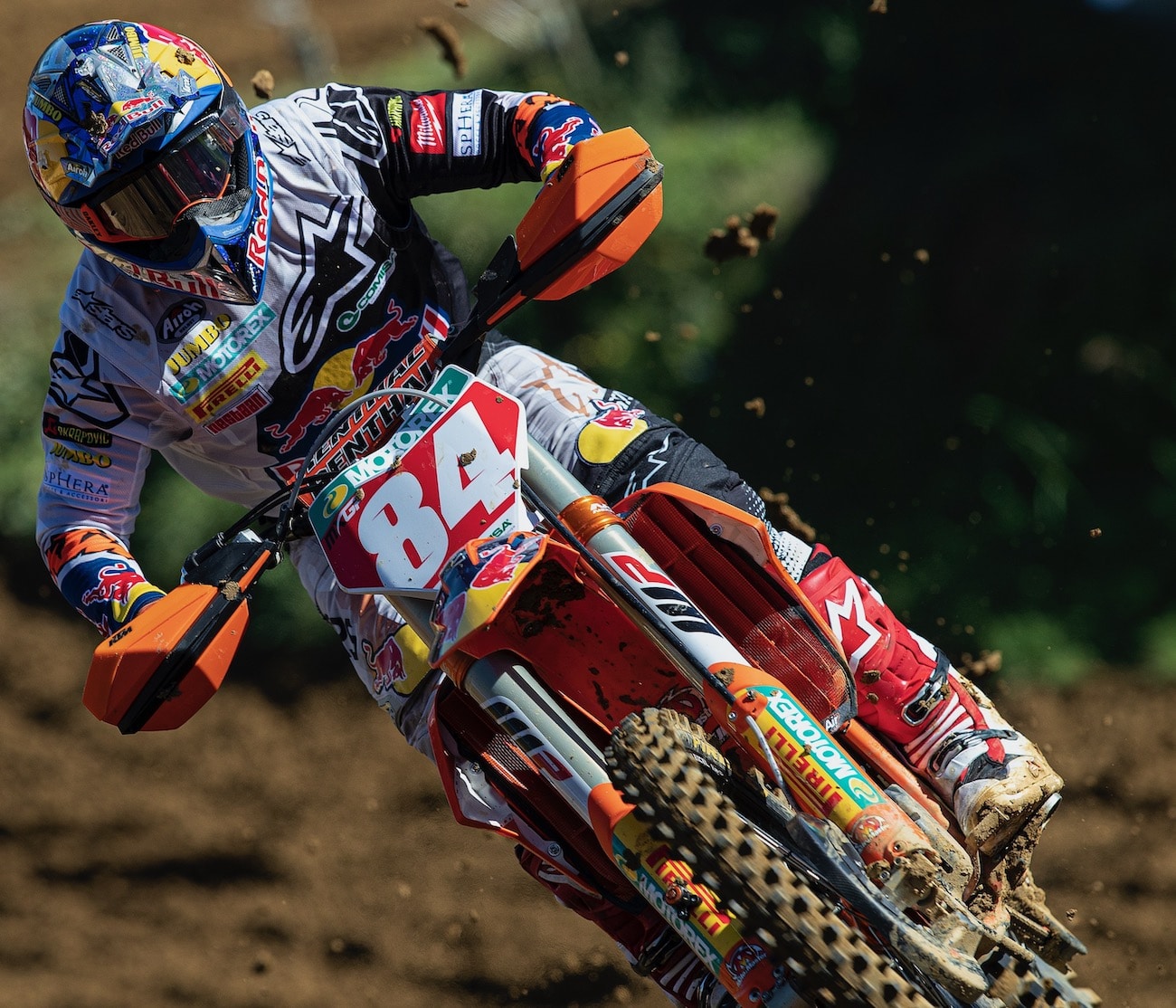 Jeffrey Herlings was injured during free practice at race seven. Jeffrey has missed ten races, but is still 10th in 450 points. Jorge Prado has missed the last two GPs with the coronavirus, but will probably miss the rest of the season. He is currently fourth in points.

2020 GP OF TRENTINO: JAGO GEERTS WINS IN SCENIC TRENTINO, BUT VIALLE STILL HAS A 73-POINT LEAD

WATCH THE GRAND PRIX OF TRENTINO IN UNDER 6 MINUTES