This test about the 2006 Yamaha YZ250 was in the 2005 October issue of Motocross Action Magazine.

The YZ250 is the poster boy of the two-stroke world. Yamaha deserves props for the technical effort they put into designing, building and promoting the aluminum-framed YZ250. The powers-that-be at Yamaha have a rep for going against the grain–and being richly rewarded for their contrarian thinking. Yamaha was the first major manufacturer to build a hardcore four-stroke motocross bike. At the time, the 1998 YZ400 was deemed folly by the other members of the Big Five. But, it changed the face of the sport. Then, in 2005, Yamaha totally redesigned their two-strokes with a creative plug-and-play aluminum frame. Given that two-strokes were dying on the vine, Yamaha’s investment in two-stroke technology was considered suicidal by their competitors, who were cutting back, not gearing up. Surprise! Yamaha sold 50 percent more YZ250’s in ’05 than they did in ’04. In the end, Yamaha’s bold move increased their market share in the two-stroke world–market share they stole from every other brand. 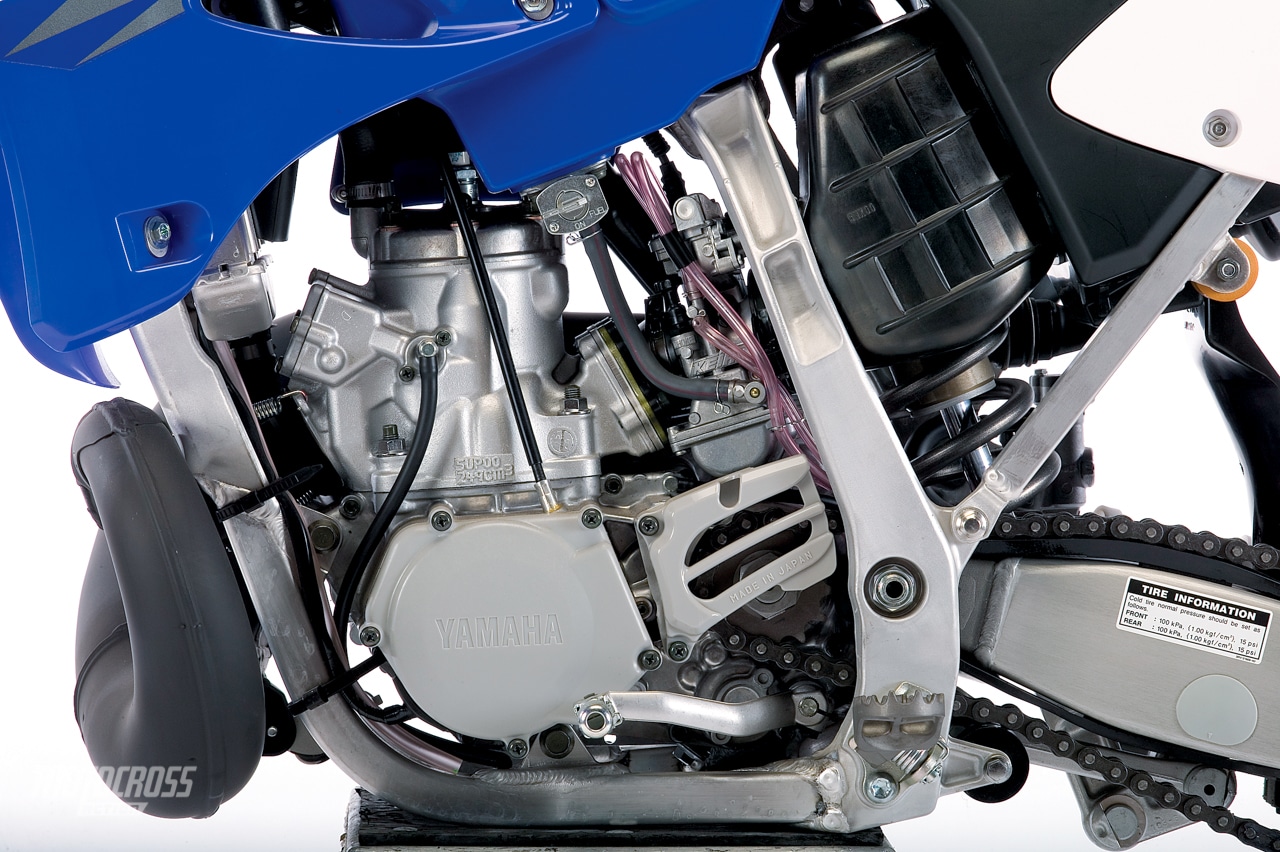 A: Yamaha made ten changes to the 2006 YZ250.
(1) Suspension. The fork and shock are totally new for ‘06.
(2) Shock spring. All 2006 YZ’s will have titanium shock springs. They save over a pound.
(3) Front brake lever. Yamaha redesigned the front brake lever to remove the thin portion by the rider’s index finger.
(4) Quick-adjust. The on-the-fly clutch adjuster gets a much larger quick-adjust knob to make it easier to manipulate.
(5) Triple clamps. The handlebar mounts are adjustable (across a 10mm range by rotating the bar mounts), and the fork tubes are 2mm farther apart for increased stability.
(6) Rear brake caliper. The rear brake caliper has been lowered for more clearance against the silencer. The pad material and bleed screw are updated.
(7) Saddle. Yamaha used softer seat foam for 2006, but they added 10mm more of it to the center of the seat.
(8) Plastic. There is a new front number plate and front fender. You can tell a 2006 front plate from the old version by the crease down its centerline. 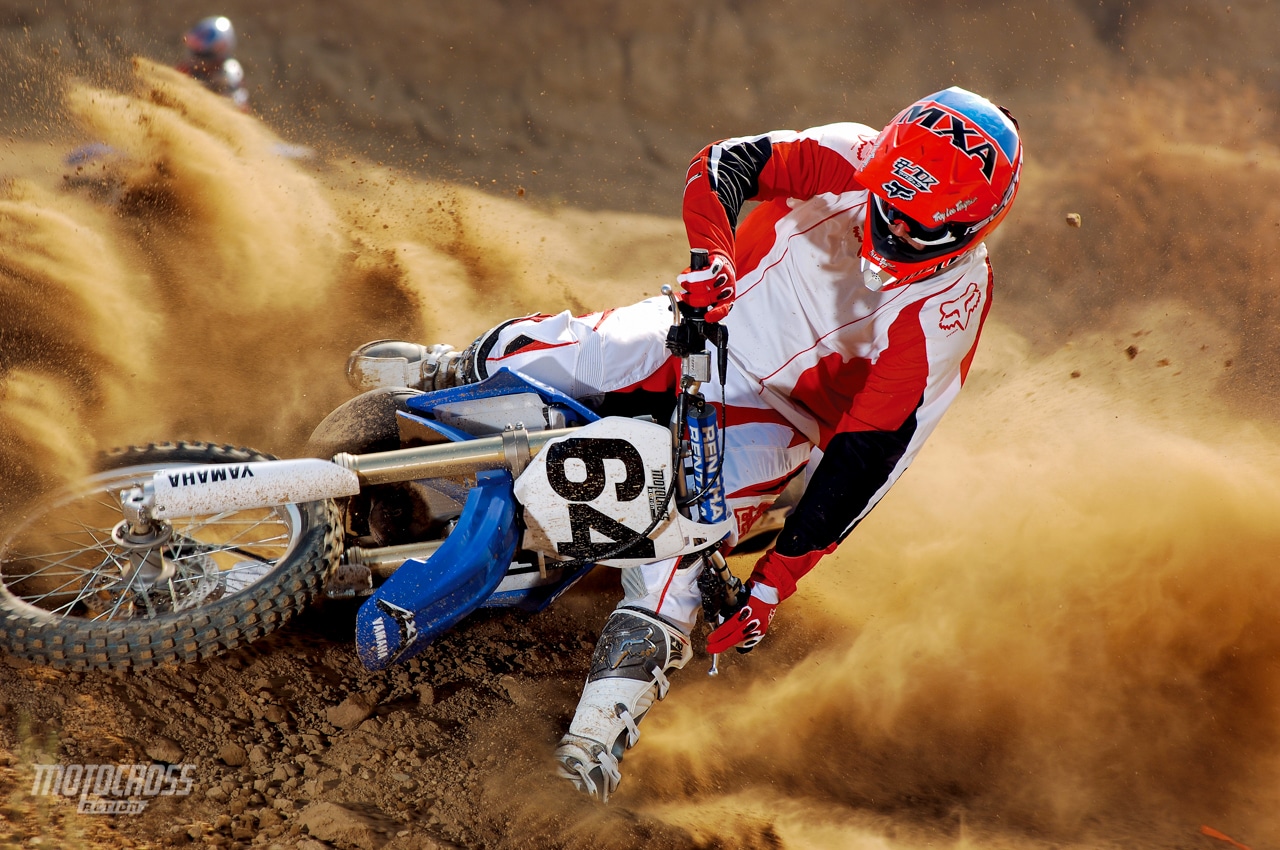 Q: WHAT’S SO HOT ABOUT THE SSS VERSUS the AOSS? A: Yamaha is offering something special for 2006–works technology. YZ250 owners will get three factory tidbits directly off of Chad Reed’s YZ250 shock.

(1) The 2006 shock has an 18mm shock shaft. It is 2mm larger than last year’s shock shaft. The larger shock shaft diaplces more oil, which means that more oil is pushed through the valving sooner, which results in a more sensitive feel on small chop.
(2) All the internals parts of the YZ250’s Kayaba shock are Kashima-coated to reduce friction. In addition, the shock reservoir has been increased in volume by 30 percent larger reservoir to help control the heat
(3) The shock spring is made from titanium, but not just any titanium. This isn’t porous Russian Ti or low-dollar Chinese metal, it is high-quality, aircraft-grade, American-made, titanium wire that is shipped to Japan for coiling. It is rated as a 4.9 kg/mm spring. A: The hate list:
(1) Graphics: You can’t get a 50th Anniversary yellow-and-black YZ125 or YZ250. The anniversary editions are fo the four-strokes only. Too bad.
(2) Rear brake pedal: For some reason it was tucked in too much. We bent it out to make it more accessible.
(3) Titanium footpegs: We’d be willing to trade the titanium footpegs in for 57mm steel pegs. Until then, Lightspeed will sell you a set for $99.
(4) Shock spring: If you weigh over 180 pounds you will need a stiffer shock spring.