This is the bike that Jeff Emig used to win the 1997 AMA 250 Supercross title over Jeremy McGrath.

Motocrossers love memorabilia. Few hoard more than gear manufacturers. Fox has had a long relationship with Jeff Emig through their Shift brand. Among the bikes in their museum/offices is one of Jeff Emig’s 1997 SR250’s. 1997 would be the last year Emig would win a championship. Those triple clamps look heavy, but they’re not. In fact, they’re made of magnesium. Notice the small bar mount, flo green frame and customized seat cover. 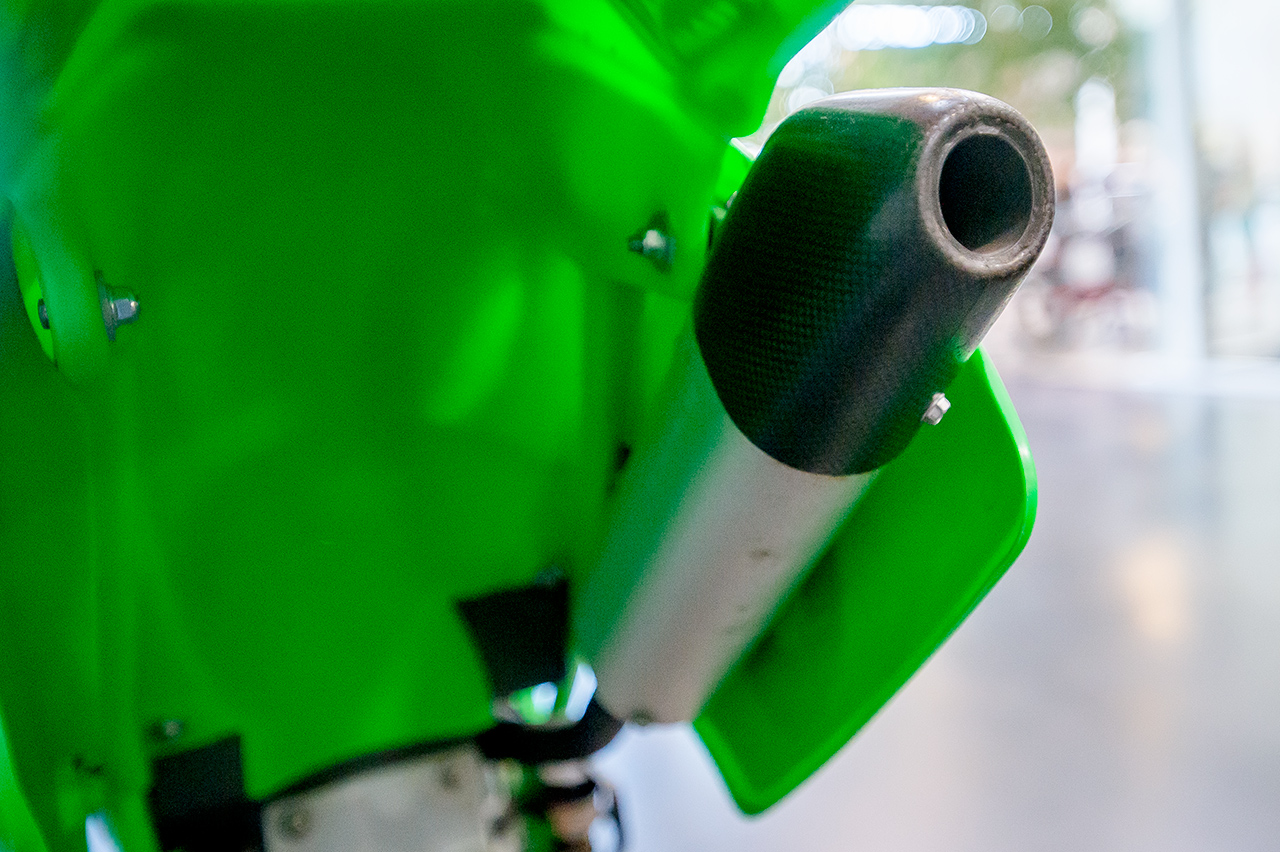 Emig’s bike had a carbon fiber end cap, which was newer tech of the time. 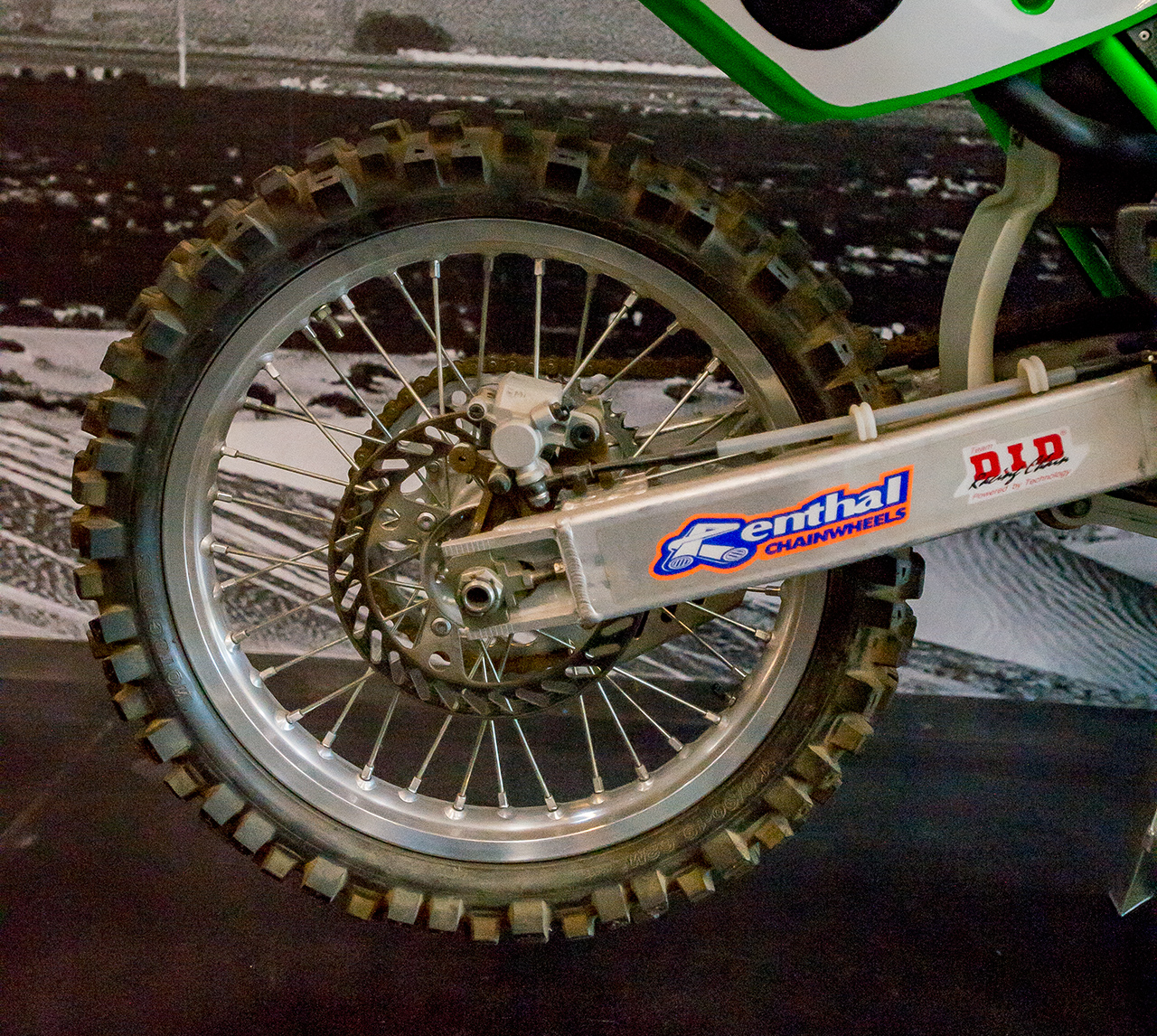 The beefy swingarm has big axle blocks and a castellated rear axle nut just like on the production bikes. The rear tire in a 110/90-19 Bridgestone.