Here is Ricky Carmichael’s 2001 Kawasaki KX250 that he went on to win both the Supercross and outdoor National Championships that year. One of the only fully automatic motocross dirt bikes the Rokon. The bike also featured a Sachs snowmobile engine, Salisbury torque converter and rope pull-starter. Jody was scared to race the Rokon. 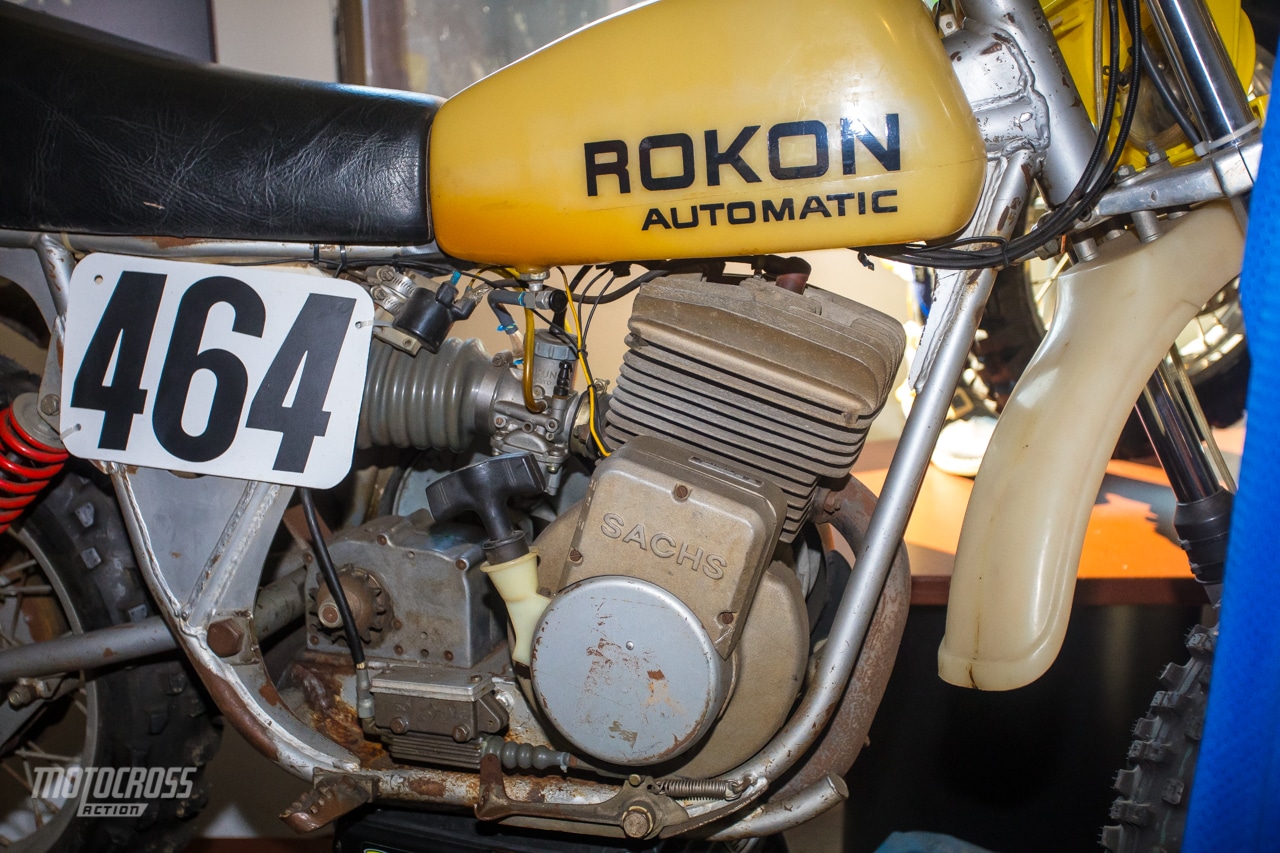 Here is an up close shot of the Sachs powered Rokon automatic engine. Remember when Jeff Emig was fired from Factory Kawasaki due to his run in with the law back in 1999? After that he found a place at the newly founded The Edge sport team and went on to win the 1999 U.S. Open of Supercross on this Yamaha YZ250. 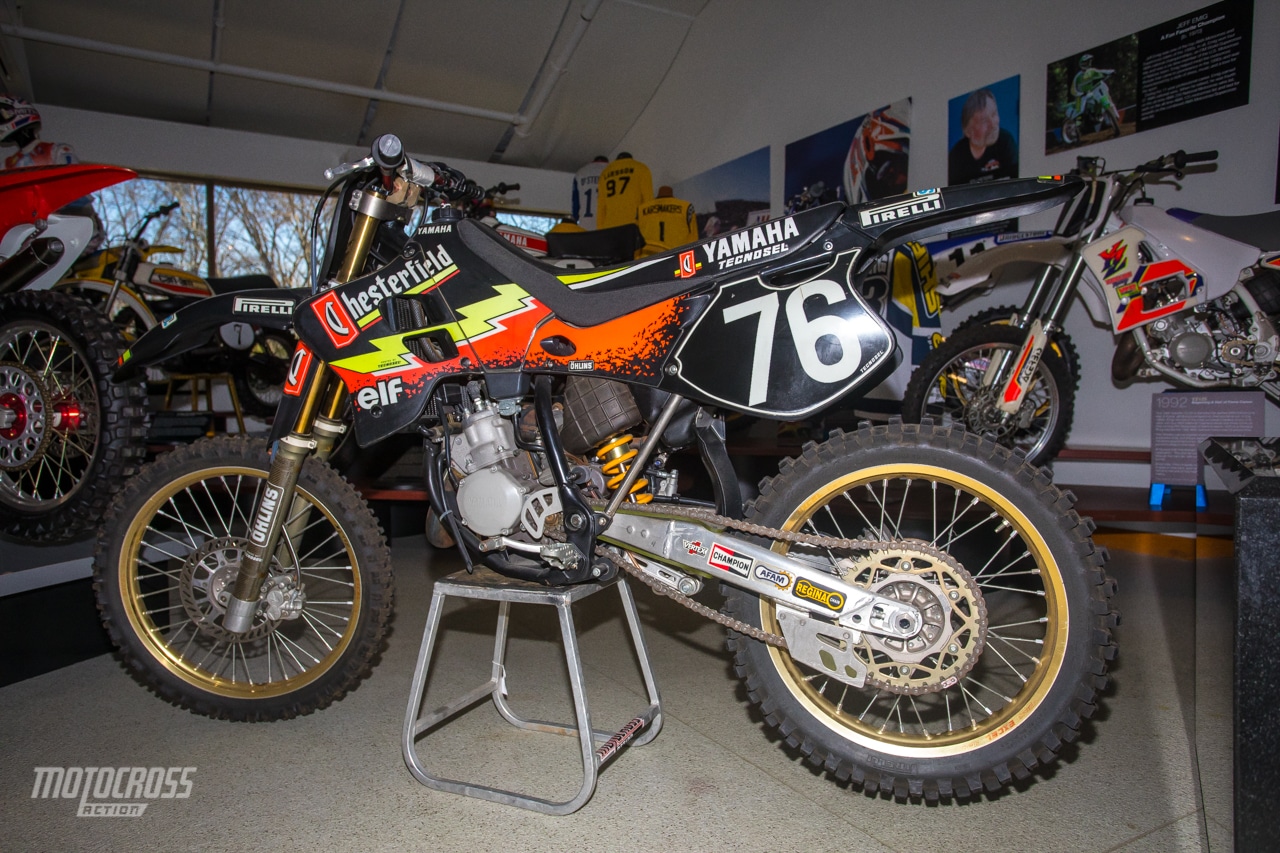 The is Ron Lechien’s Factory Kawasaki KX250 that will be on display over the next year at the AMA Motorcycle Hall of Fame Museum in Pickerington, Ohio. 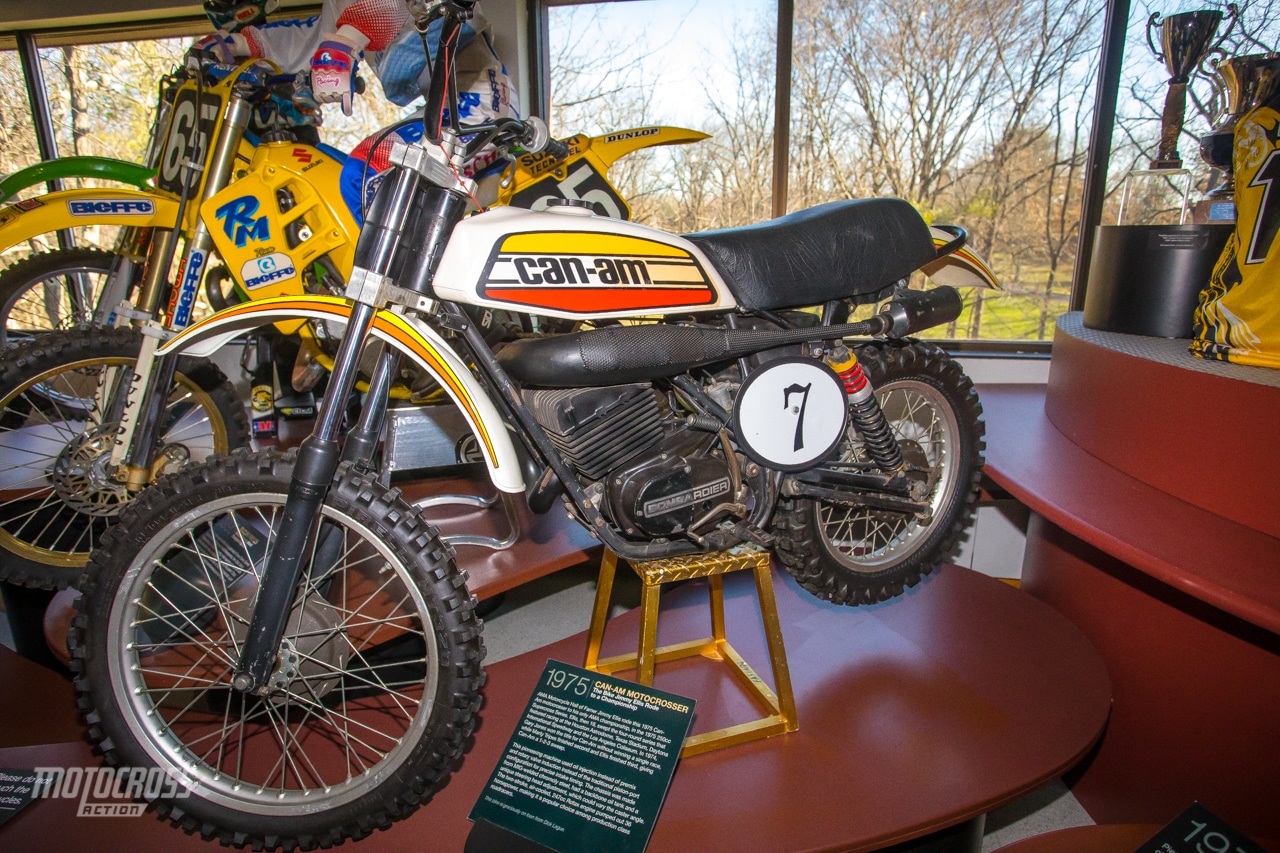 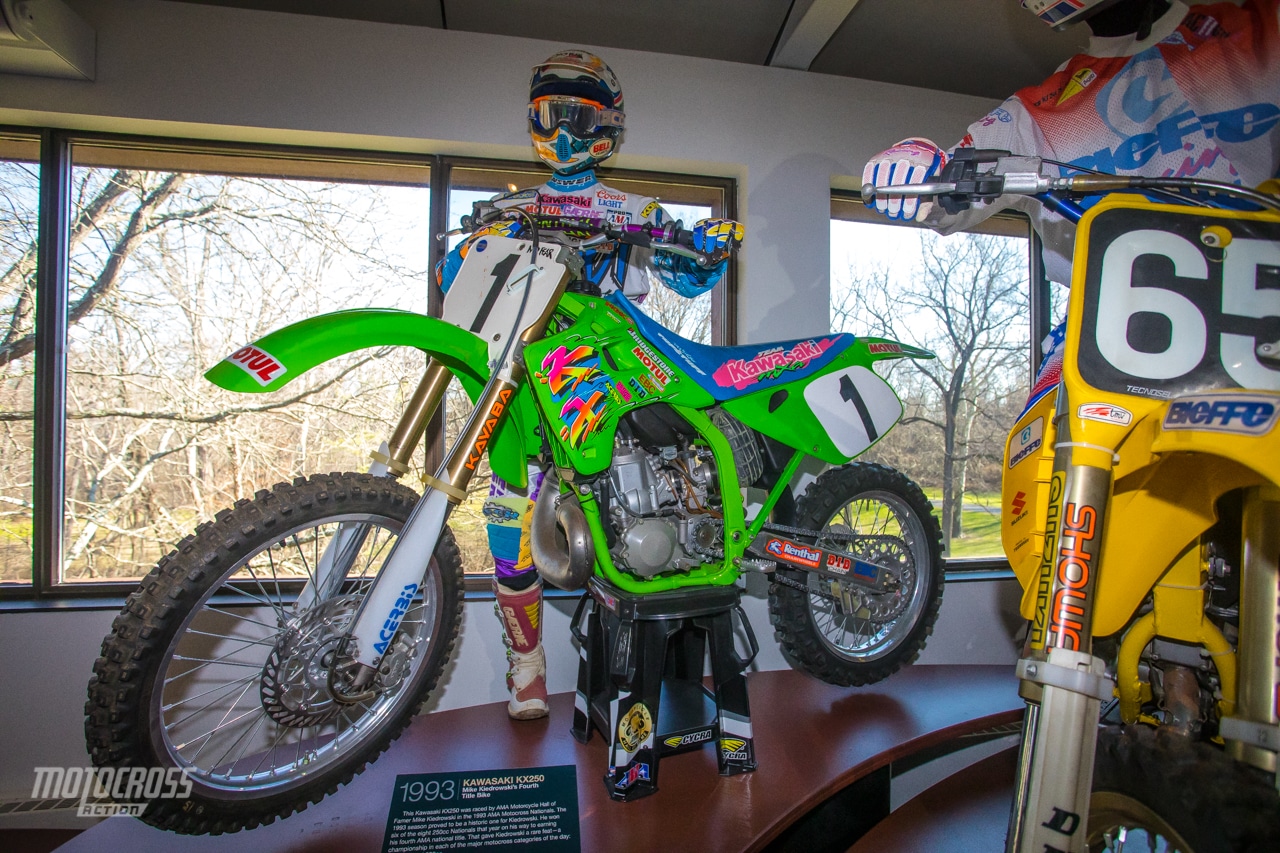 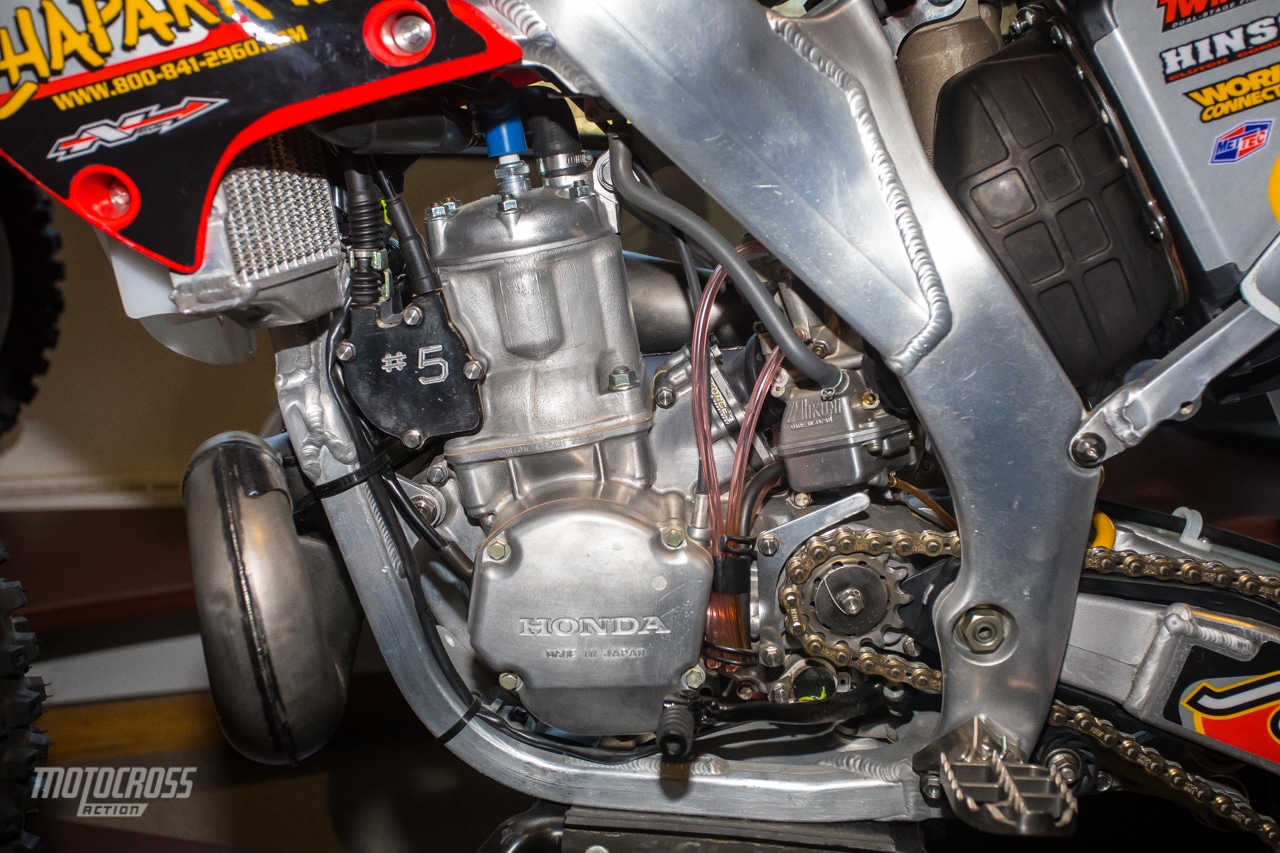 Close up engine shot of the CR250. 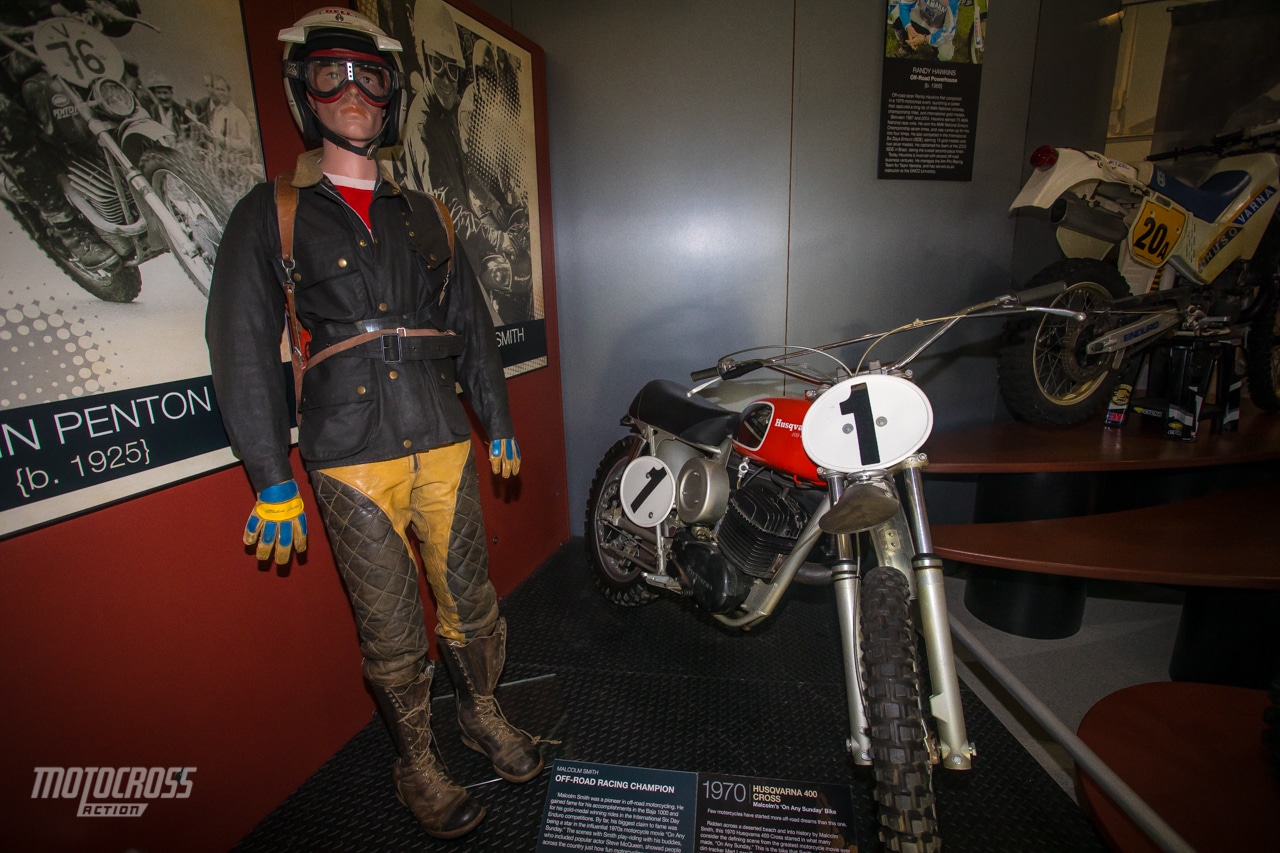