Pro Circuit has made a footprint in pro racing since 1991. Since then, they have been a dominate force with over 200 race wins and 29 AMA titles. With Pro Circuit’s primary focus on their 125/250 team, they breed top level riders and groom them for the premier 450 class. With each year, the Pro Circuit roster changes. With new riders being signed on, and old riders moving to other teams or moving up a class. We are going to take you back into the 90’s and bring back some history of the Pro Circuit team. 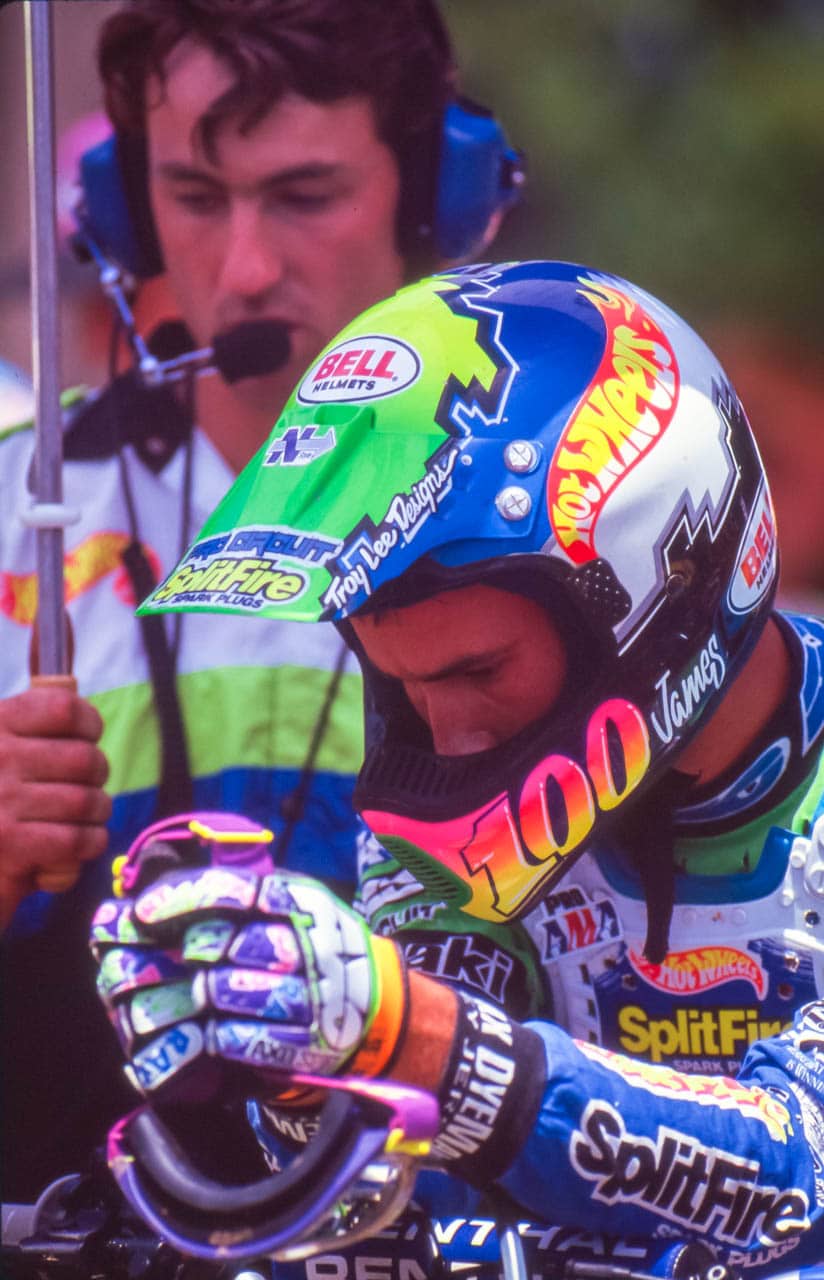 1993: Jimmy Gaddis won the 250 West Supercross title for Mitch the first year after they made the switch from Honda to Kawasaki.

In 1993, it was Pro Circuit’s first year on Kawasaki. Not because they wanted to make the switch, but because Honda dropped their support of Team Peak/Pro Circuit. Team Peak won two 125 titles on Honda’s in 1991 and 1992 with Jeremy McGrath. They weren’t even looking for another manufacturer for support as they thought they were secure at Honda. Late into the 1992 offseason, Mitch didn’t have bikes or the money to go racing after Honda dropped out. Luckily, Kawasaki came to the rescue with bikes and parts, but no money as it was already budgeted to other teams. Hot Wheels cam on board a the money sponsor, although it wasn’t without a fight. Hot Wheels had a racing game coming out called, “Pro Circuit.” Mitch went to the Hot Wheels office and told them to either pay him royalties for using his trademarked name or sponsor his team. The rest was history. The team went racing. They hired Mike Chamberlin, James Dobb,and Jimmy Gaddis. Jimmy ended up taking the 125 West title in 1993 for the team that year. 1994: Ryan Hughes rode for Mitch and placed third in the outdoor championship. 1995: David Pingree (center) finished third in the 125 West coast Supercross championship. The guy leaning over the bike is Randy Lawrence. 1995: The round at Steel City where Ryan Hughes had to push his bike up the hill to the finish. 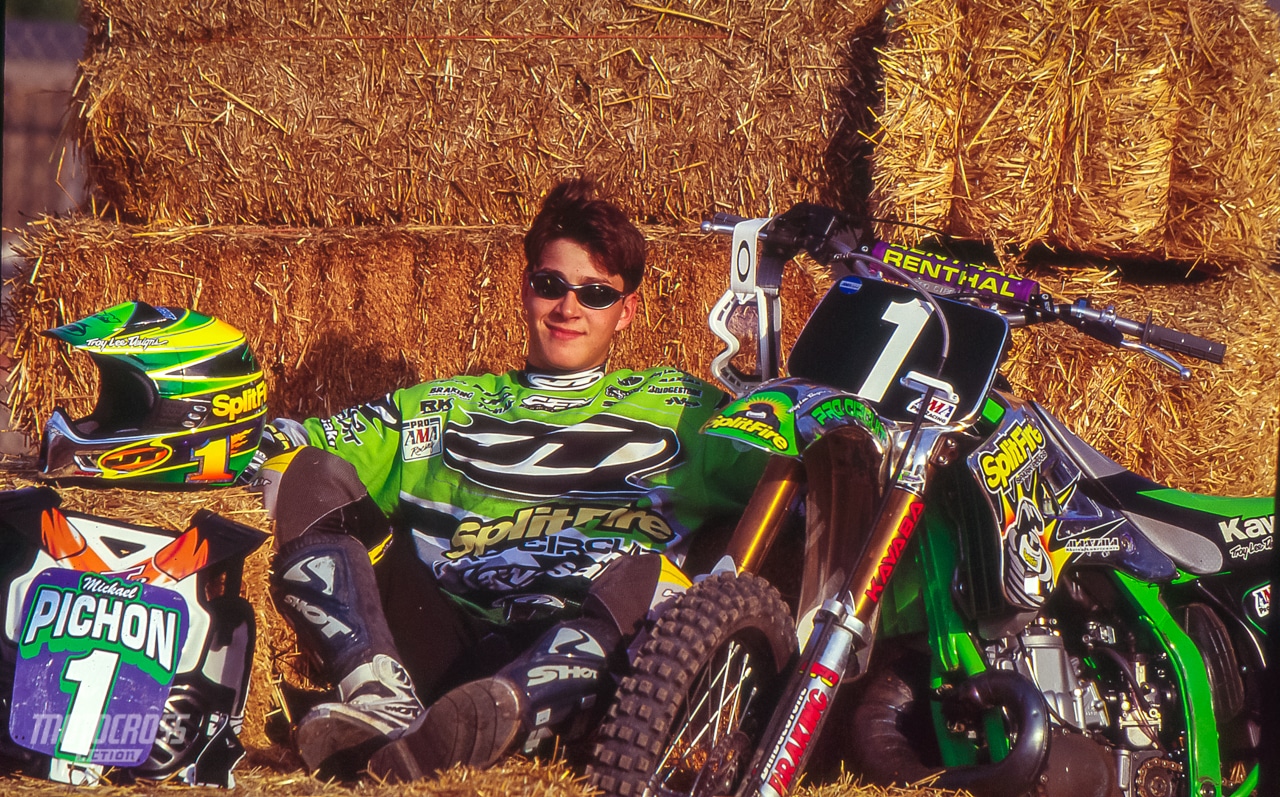 1998: Ricky Carmichael went on to win both the 125 East Supercross series and 125 outdoor title that year. He also won the 1997 and 1999 outdoor championship for Mitch. 1998: Nick Wey rode for Mitch in 1998 during his rookie season. Wey finished 9th overall in the outdoor season. 1999: Nick Wey rode for Mitch again in 1999 earning the number 23 which stuck with him in his later years of racing. 1999: Nathan Ramsey went on to win the 125 West Supercross title and finished 5th in outdoors.