The second triple crown of the season has concluded and what a wild night of racing it was. In both classes, the leaders would flip flop leading to a different winner in most of the races. Massive crashes would play a factor in the results, especially in the 250 class. Either way, we were on the edge of our seats as the battles commenced when the gate dropped and we highly recommend checking out the race results to read about all the action that happened. Scroll down below to find out where your favorite riders land in the points as they head to the ninth round of the season.

450 SUPERCROSS POINT STANDINGS (AFTER ROUND 8 OF 17) – RACE RESULTS Eli Tomac is keeping his red plate after have three consistent races in Arlington. Eli played it safe and smart, making sure to not ride above his head and strategized in the third race, letting Jason Anderson take first knowing he would still get the overall. Jason Anderson is still second in the points and would win two races in the night. However, the other race involved him being on the ground with Malcolm Stewart.

250 SUPERCROSS POINT STANDINGS (AFTER ROUND 2 OF 9) – RACE RESULTS Cameron McAdoo would end the night tied with Jett Lawrence for the points lead after riding smoothly all day long. 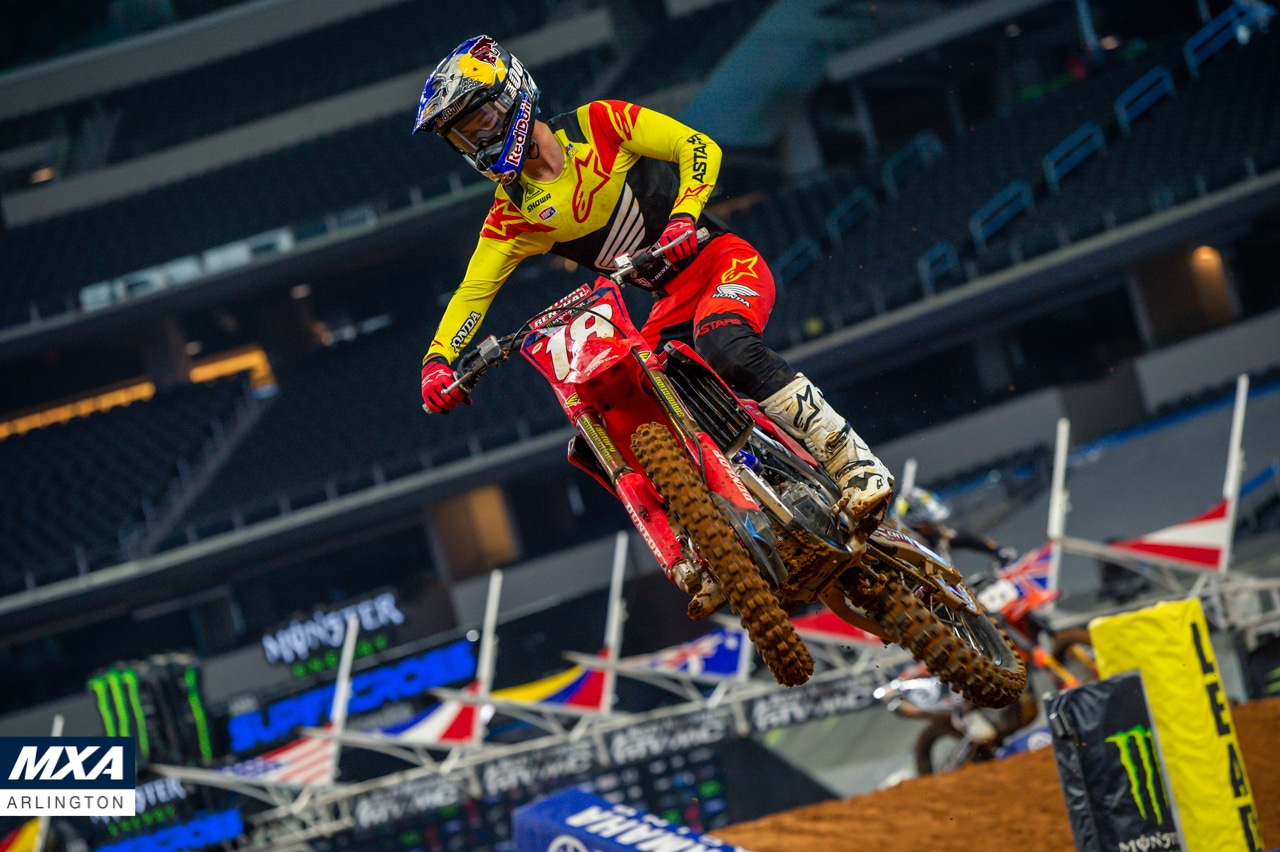 Jett had something to prove tonight after getting two poor starts. The 18 rode furiously charging up into the top 5 in two of the motos and won the other. Unfortunately, one of Jett’s impressive comebacks was met with an unfortunate crash between himself and Austin Forkner landing him in 10th.

THIS WEEK IN MXA: TRIUMPH ENTERS MOTOCROSS & WE SPEND 5 DAYS AT…