With hours before the start of the Lucas Oil Pro Motocross Championship, sanctioned by AMA Pro Racing, series organizers MX Sports Pro Racing have announced the cancelation of the MotoSport.com Washougal National, presented by Peterson Cat, originally scheduled to serve as the second round of the amended 2020 season. The Washougal National was approved by both the local and state level in Washington, based on the Covid-19 Health and Safety Plan that had been submitted by the organizers several months ago. However, based on newly imposed restrictions within the state of Washington as it relates to Covid-19 infections, the event will be canceled. 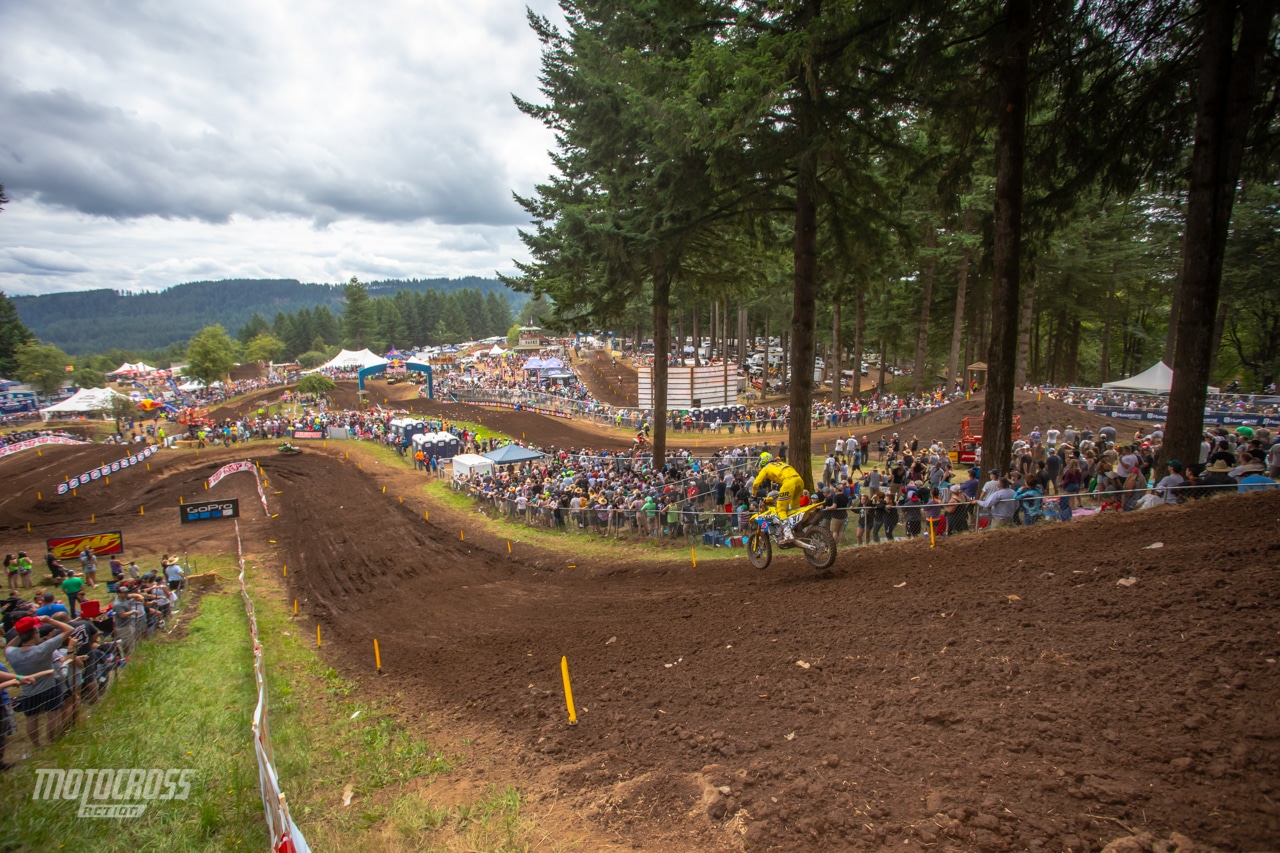 “Ryan Huffman, the event organizer of the Washougal National, did everything within his power to organize a safe event for both professional and amateur competitors,” added MX Sport’s Roy Janson. “We commend him for the extensive efforts and sacrifices made to make the 2020 Washougal National a reality. Unfortunately, as we have become increasingly aware, circumstances surrounding the spread of Covid-19 can change dramatically in a matter of hours. It is assumed that the Washougal National will be on the 2021 schedule.

In order to keep the series on schedule, Loretta Lynn, which wasn’t on the AMA National schedule originally, will now host a double header on August 15 and August 22—limited to 5,000 spectators. The August 22 race will be a single-day event featuring professional racing only, with no amateur support competition. This move will keep the 2020 series at nine events, thanks to double headers at Red Bud and Loretta Lynn’s.