Jeremy Martin and Cooper Webb battle for the lead in the first moto. Anthony Rodriguez is back a mere week after he was violently thrown off his bike at Glen Helen. Colorado local Cody Church came out and was able to make it into the main after winning the consolation race. Honda rider Trey Canard gets the holeshot in the second moto, He was third place in the first moto. Jessy Nelson suffered a gnarly crash in the second moto. His right ankle appeared to be injured and he was helped off by track crew. 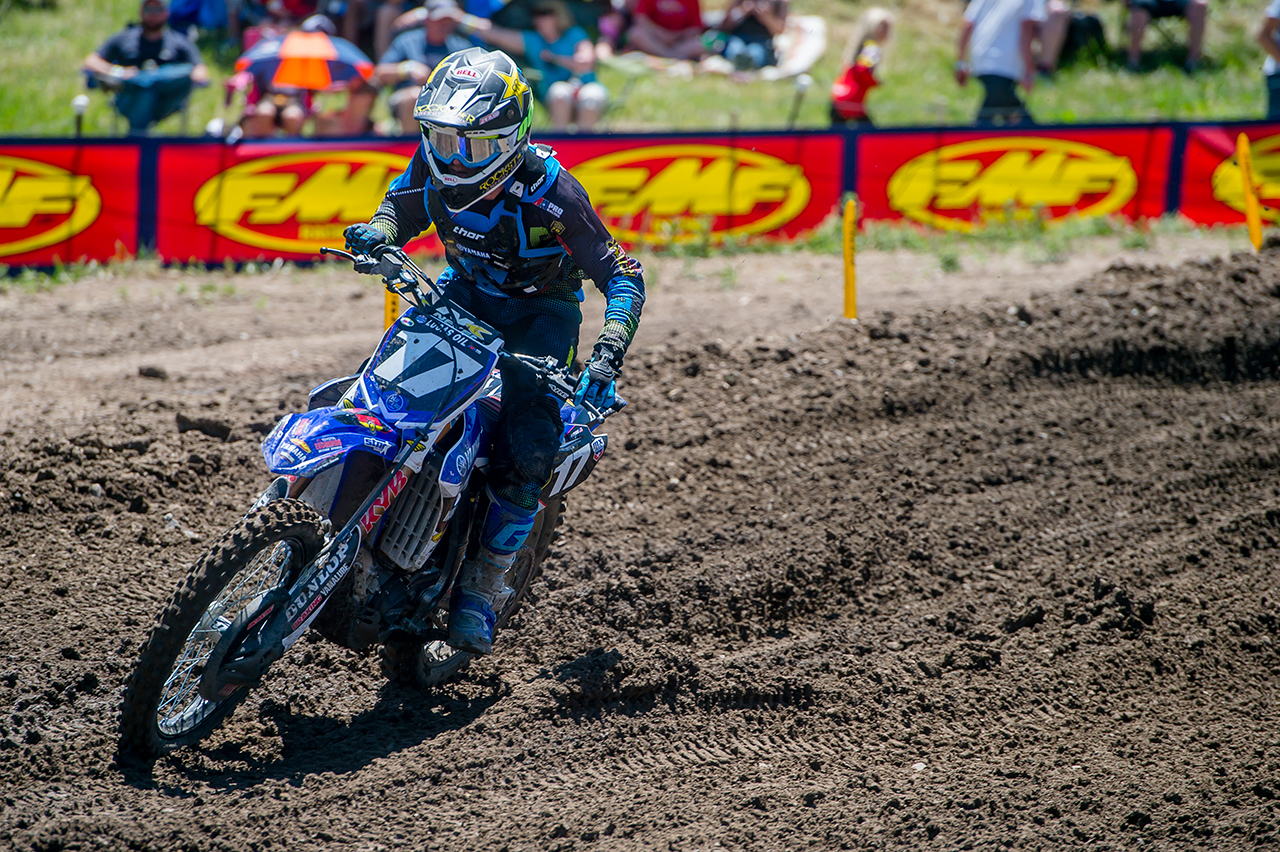 Cooper Webb had an overall fifth. Joey Savagty was able to take the second moto win for an overall first place. Jeremy Martin get his first moto win of 2016. He would go 1-3 to take second overall. Savagty has the red plate once again. Alex Martin gets roosted by Shane McElrath after a crash with teammate Aaron Plessinger. Matthew Bisceglia gets trained by fire. Suzuki used the 250 rider as a fill-in for both James Stewart and Blake Baggett at Thunder Valley. Alex Martin would recover from a bad first moto to make the overall podium. Ken Roczen continues his aggressive campaign for a championship with a 1-1 sweep of a win. To the surprise to many fans, Ryan Dungey crashed and lost points in the process. Adam Cianciarulo gets the holeshot in the second moto. Tevin Tapia and Matthew Babbitt battle it out in the back. Shane McElrath made the top ten. WATCH THE THUNDER VALLEY NATIONAL IN UNDER 5 MINUTES

HAVE YOU SEEN THE NEW MXA? THE JULY ISSUE IS OUT NOW