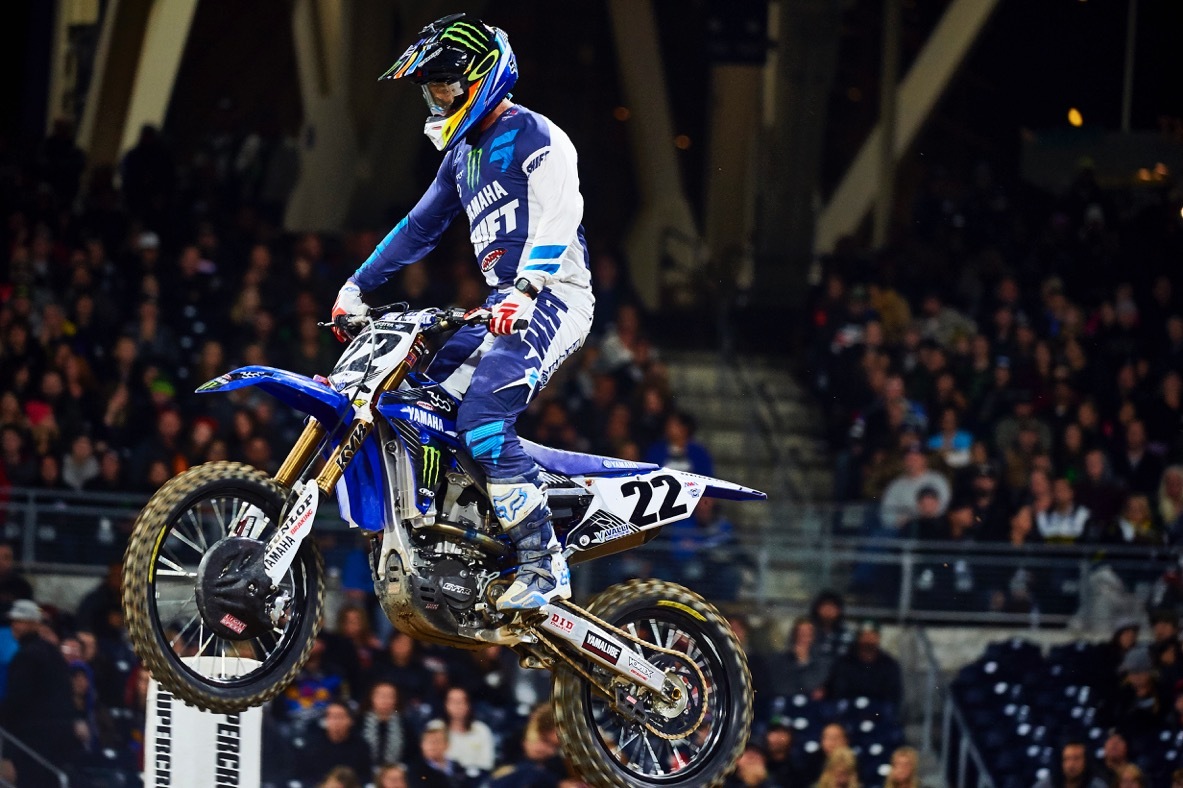 Chad will lead the Yamaha effort again in 2017—for half the year.

Yamaha announced its 2017 Factory Supercross/Motocross team, featuring Chad Reed and new teammate Cooper Webb. Keith McCarty, Yamaha Motorsports Racing Division Manager said, “Last year, we re-introduced our Yamaha Factory Racing Supercross team, with Chad Reed as our rider, and he did an excellent job for us, both on the track and with the fans. He helped re-energize our Factory program, and it was great see how much all the fans enjoyed seeing him race once again for Yamaha. We’re thrilled to have Chad back with us again for the 2017 season, and we’re also pleased to announce the addition of Cooper Webb as Chad’s teammate on our Factory Racing team.” Cooper Webb said, “I’m really excited to be joining the Yamaha Factory Racing team. It’s a dream come true for me, especially to be able to stay with the brand where I started my professional career. Also, it’s going to be great to team up with Chad. I met him a long time ago, and growing up, he was always my favorite rider. So, to be teammates with a legend is awesome. It’s going to help me tremendously to learn from him, and I can’t think of a better teammate to have as I move up to 450s full-time.”

Chad said,  “I’m excited to get back to work with the Yamaha guys,” Chad said. “2016 was a great learning and rebuilding phase for me and for Yamaha going racing as a factory team again. We learned the bike and found our strengths and weaknesses. It’s a huge positive that we are able to use this time wisely to prepare for 2017, and the team and I are motivated to continue building. I think Cooper brings a new level of energy to the team. Youth has that natural way of upping the enthusiasm! I like that energy, and I’m looking forward to having him as my teammate.”

Both riders will compete aboard Yamaha YZ450F machines. Chad Reed will only contest the 2017 Supercross Championship, while two-time 250SX West Champion and current 250MX Motocross Championship points leader Cooper Webb will race both the 450 Supercross series and 450 Nationals.

TEAM OZ ANNOUNCED FOR THE 2016 MXDN