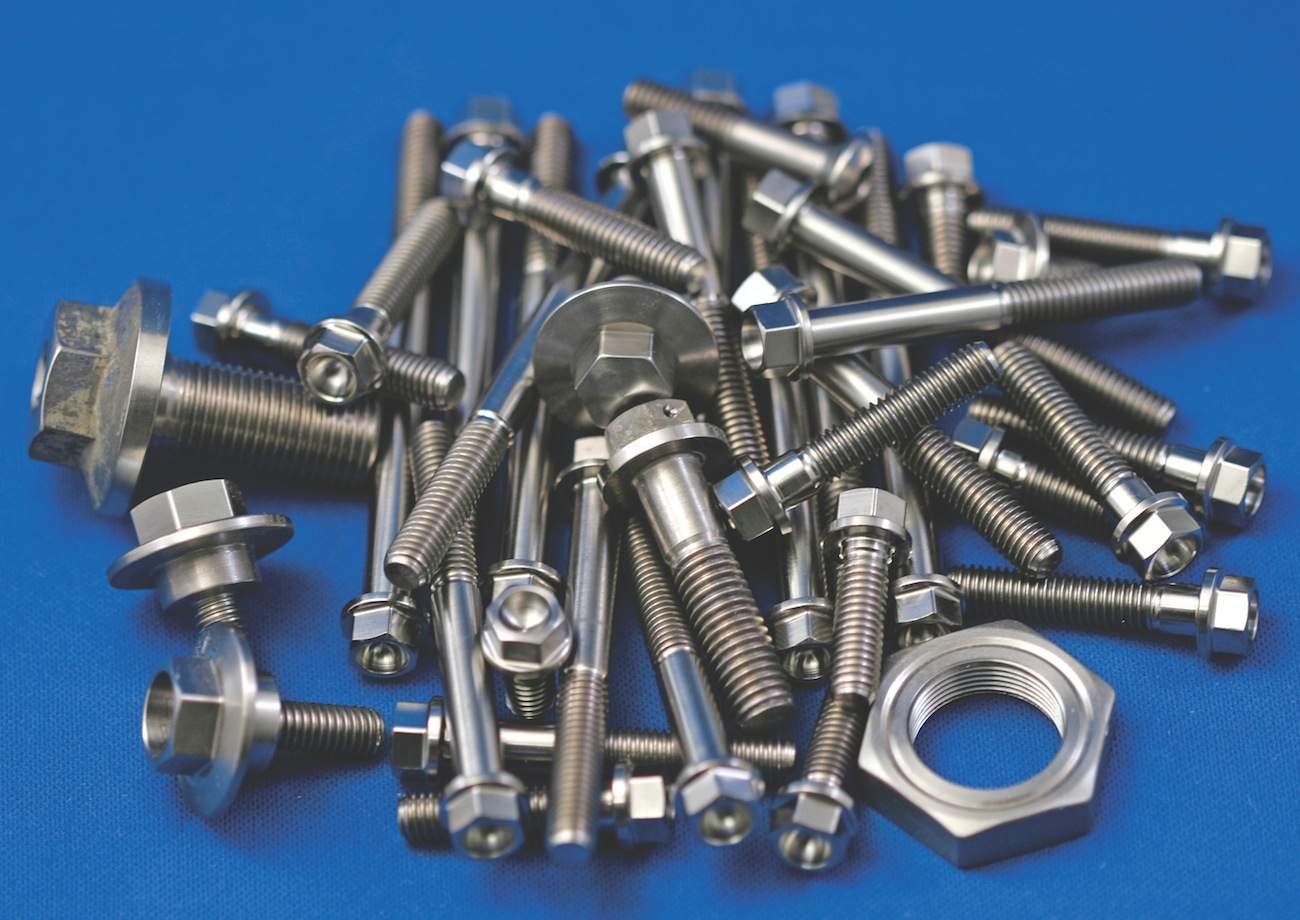 (1) Abundance. Most people like to think of titanium as a rare metal due to its high price. The truth is, titanium is the fourth most abundant metal in the Earth’s crust behind aluminum, iron and magnesium (in that order). Titanium accounts for 0.62 percent of the Earth’s crust. To buy titanium in its raw form is fairly inexpensive. The process to isolate the metal is what raises the price tag dramatically.

(2) History. Titanium was first discovered in 1791 by William Gregor of Great Britain, who first named it after himself, gregorite. It was then rediscovered in 1793 by a German chemist who named the element after the Greek mythological giants, the Titans. It wasn’t until 1797 that it was found that gregorite and titanium were the same element; however, the process to isolate titanium wasn’t successful until over 100 years later—in 1910.

(3) Kroll process. The most efficient way to extract titanium was discovered by William Kroll in 1937. To this day the same process is used, with some small variances. Titanium’s melting point of 3034.4 degrees Fahrenheit (which is extremely high) makes the production process energy-intensive, resulting in a costly production and fabrication process. (4) Characteristics. Titanium is known for its high strength-to-weight ratio. It is more than twice as strong as 6061-T6 aluminum alloy and close to half the weight of T-4 stainless steel. The metal is also corrosion resistant, which makes it appealing to many different industries.

(5) Price. The price of titanium is about double that of bronze, quadruple that of brass and 10 times that of T-3 aluminum. No wonder titanium parts for dirt bikes are so expensive.

(6) Uses. Due to the high tensile-strength-to-density ratio, high crack resistance, high-temperature resistance, high corrosion resistance and fatigue resistance, titanium alloys are used in various military applications like aircraft, armor plating, naval ships, spacecraft and missiles. The bulk of all titanium ore mined (about 95 percent) is refined into titanium dioxide, which is then used in paints, paper, toothpaste, plastics and sunscreens for its brightness and high refractive index. Other uses are medical implants, nuclear waste storage, jewelry, automotive applications and motorcycle racing. The stamped titanium used on the Honda CRF450 gas tank is largely a fashion statement. How so?. When the bike’s plastic covers are in place only a few small patches of titanium are visible and an identical plastic tank would not weigh much more and would lower production costs.

(7) Magnesium. While titanium is the hot commodity for lightweight metals, magnesium may be the metal of the future. It is 50 percent lighter than titanium, but the process of extruding and welding the material has yet to be perfected. The grayish metal is used on many parts of factory bikes, such as clutch and ignition covers, hubs and brake calipers, to lighten the weight of the machine.

(8) AMA. In the AMA Pro racing rule book, titanium is only restricted when used on the rear brake disc. The frame, technically, could be made out of titanium, although there would have to be an original homologated model from the same manufacturer. According to the AMA Amateur rule book, there is no talk of titanium restrictions, save for the frame. 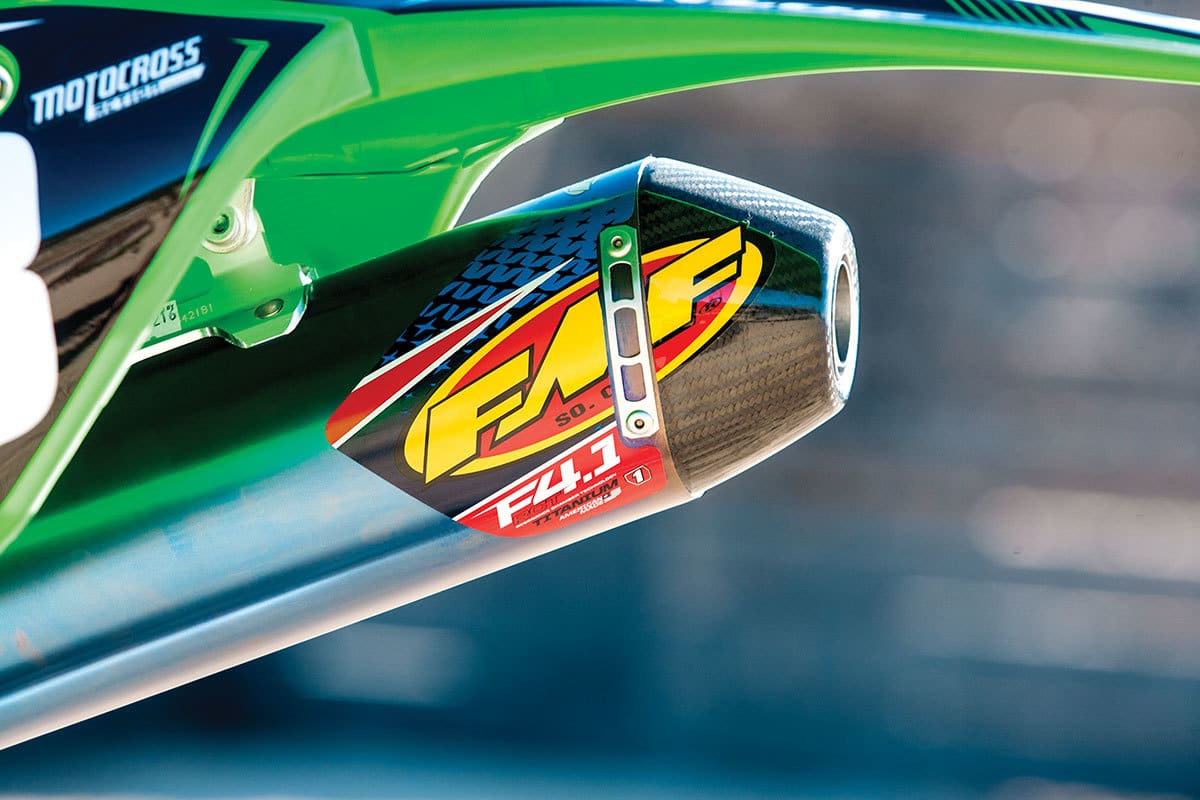 (9) Unsprung weight. If you’re going to spend money on expensive titanium parts, we want you to get the best bang for your buck. The best place to lighten up your bike is where the weight is unsprung. Unsprung weight is any weight that hangs below the springs. This weight is more closely connected to the ground than the weight above it, because when you hit a bump, unsprung weight compresses into the chassis to absorb the impact. Titanium shock springs, axles or linkage bolts (all below the springs) offer the best performance gains for your money.

(10) Food. Titanium dioxide is the naturally occurring oxide of titanium. It has many uses, although one controversial use is in food. It is used as a pigment in foods, such as chewing gum, candies, sweets, mayonnaise, yogurt and other dairy products. Its only purpose is to make these products more appealing. In 2015 Dunkin’ Donuts announced that it would no longer use the substance in its food. There is not enough research to form a strong opinion on the use of titanium dioxide in food, but do you want to eat what your exhaust pipe is made from?