We’re headed to the most American round of the 2022 circuit and one of our personal favorites, Red Buuuuuudddddddd! Located in Buchanan, Michigan, Red Bud is known to take place near or on 4th of July weekend, leading to fans wearing red, white, and blue and screaming at the top of their lungs as the gate drops. But this won’t be the only time we’ll see Red Bud this year as the track will also host Motocross de Nations later this year. We’re excited to witness some awesome battles once again as the premier class continues to offer exciting engagements while the 250 class is dominated by the two Australian brothers. In addition to network coverage, fans in the U.S. and in countries all over the world can stream all the action from RedBud online through their smart TV, streaming device, or mobile device using the new “MAVTV on FloRacing” channel and MAVTV Plus for the first set of motos. Peacock will carry exclusive streaming of the second 450 Class moto, while FloRacing and MAVTV Plus will wrap up the afternoon with the second 250 Class moto and an encore of the second 450 Class moto. Qualifying coverage can also be seen on @AmericanMotocross YouTube. The points are ridiculously close with Chase Sexton hanging on to the lead with a 4-point gap. 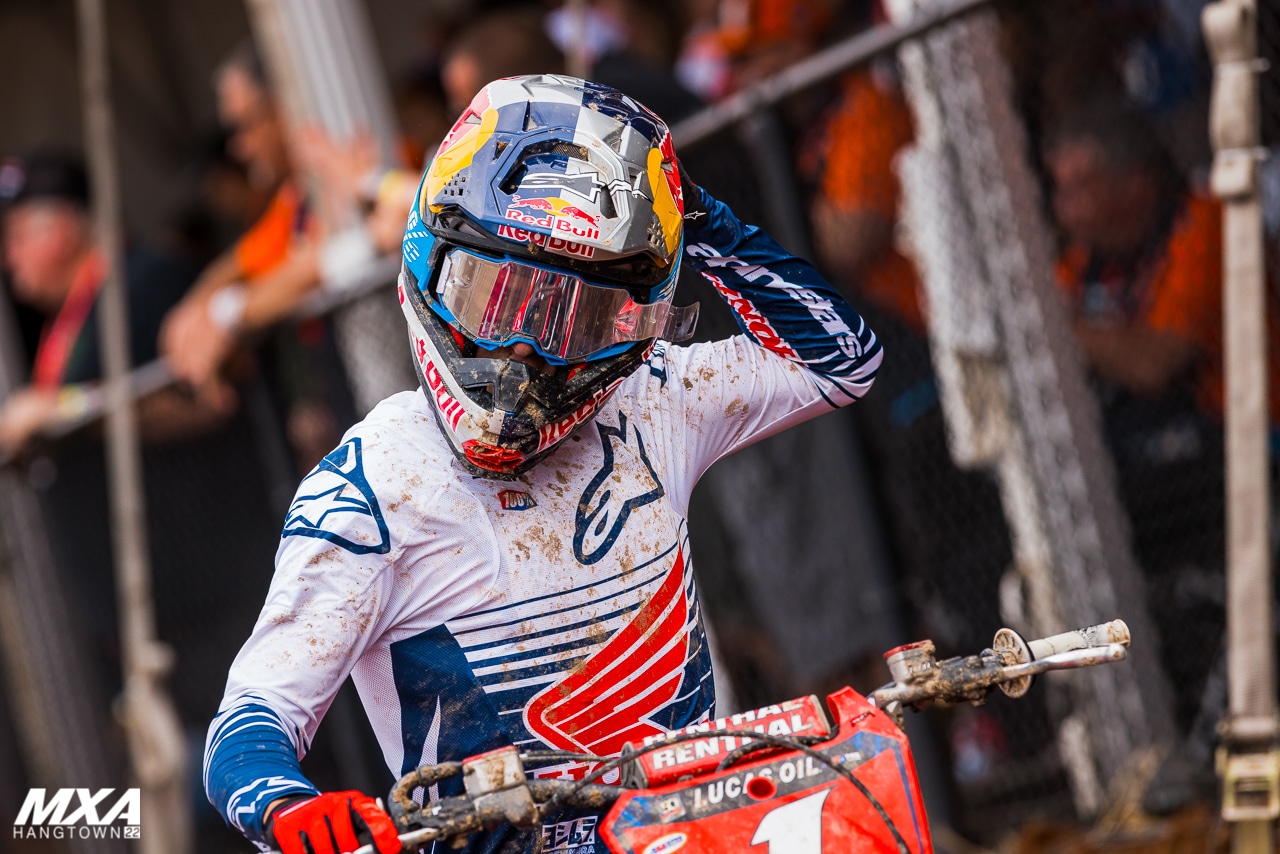 Jett Lawrence has won four races in a row, but his brother is only 12 points back in second place, with Jo Shimoda in third.

TEN THINGS YOU NEED TO KNOW ABOUT HOLESHOT DEVICES

2022 SUPERCROSS POINT STANDINGS AFTER ROUND 16