This is the stadium section of the REM. It gets its name because the spectators can stand on the tower side of the track and see one-half of the racetrack. The other one-half is up and over the hills to the left. Photo: Dan Alamangos

With the Glen Helen AMA 250/450 National only 30 days away, life at the weekly REM Motocross races continues at its normal pace. As rule, Glen Helen shuts down all races the week before the Nationals for final prep, which leaves the weekly REM motocross crew with three more races before the forced two week break for the AMA National. There will be races next Saturday, April 29 and on May 6 and May 13. Then, following the National, REM will return on June 3, the weekend after the National Motocross. Lance Schoonmaker (321) misjudged the downhill jump and hit the bank on the side of the track. What happened next was not pretty, but Lance walked away. Photo: Rich Stuelke This is the first photo of the sequence as Lance’s Yamaha comes off the bank and Lance is thrown up onto the bank of dirt. Photo: Rich Stuelke Helping Lance avoid serious injury was the soft dirt at the bottom of the bank. Note that the rear of his bike has been twisted by the impact. Photo: Rich Stuelke 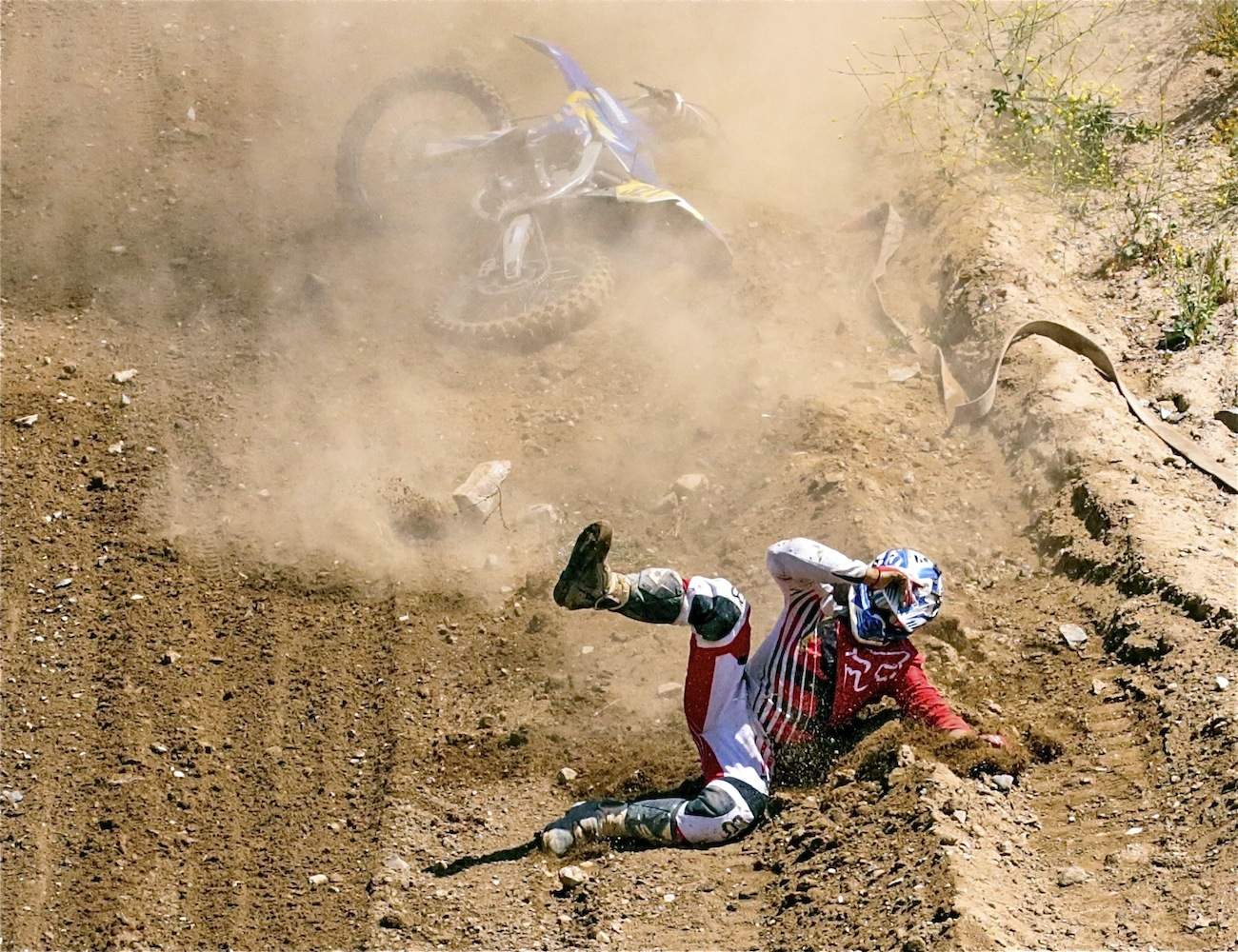 The steepness of the hill allows Lance to stay ahead of his tumbling Yamaha, although the careening bike and body dislodge rocks from the dirt bank. Photo: Rich Stuelke Once it’s all over, Lance takes a moment to analyze the damage. Amazingly enough, he was wearing an elbow guard on his left arm. Photo: Rich Stuelke 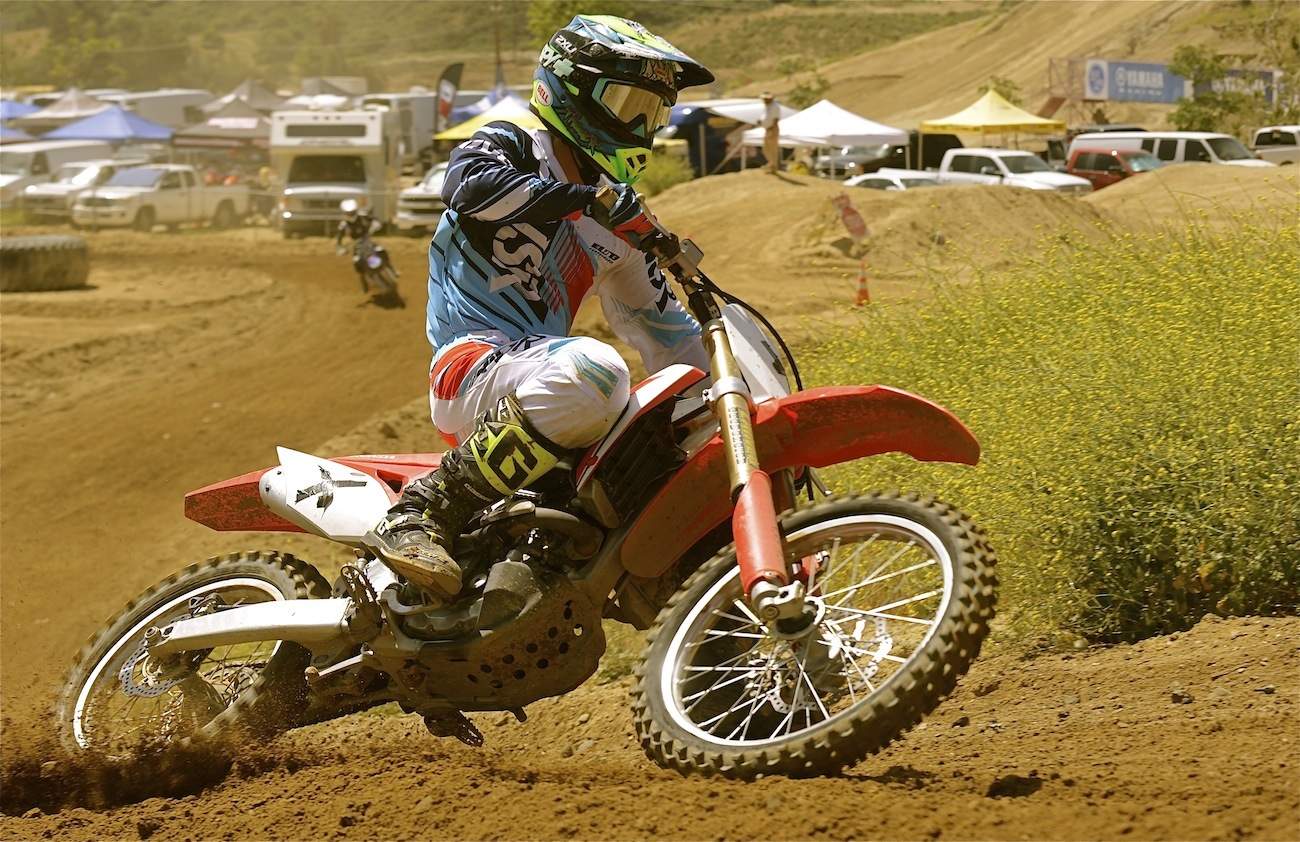 But the business at hand this week at REM was dealing with the first hot day of the year, a year that has been both cooler and rainier than in recent memory. With temps in the 90s and a bright blue sky, everyone complained about how hot it was. To which their friends replied, “By July a 93-degree day will be considered cool.” The hottest REM race on history was held at 115 degrees three years ago — which makes 93 degrees seem like parka weather. Brian Medeiros shared MXA’s 2017 Honda CRF450, equipped with WP Cone Valve forks and a WP Trax shock, with Dan Alamangos. Why were they selected? They both weigh under 140 pounds and MXA wanted to test suspension settings for light riders—including a Pro and a Vet.  Brian went 3-2 for third in the 450 Pro class and Dan was 6th overall in the Over-50 Experts. Photo: Dan Alamangos

Travis Freistat won the 450 Pro class with a 1-1, even coming from the back of the pack in the first moto to take the win. The battle for second raged between Justin Muscutt and Brian Medeiros with NorCal’s Muscutt’s 3-2 besting Hawaii’s Medeiros’ 2-3. Jon Ortner (10) was third in the Over-50 Elite class. Photo: Dan Alamangos

The Over-50 Elite riders got a dose of what they hand out to the Over-50 Experts every week when they were thrown into the Pro/Intermediate race. Although they couldn’t keep Travis Freistat and the other Pros from lapping them, they engaged in an intense battle for the top three spots. Luther French won the first moto after holding off a hard charging Eddie Davis on the last lap. Jon Ortner was third. 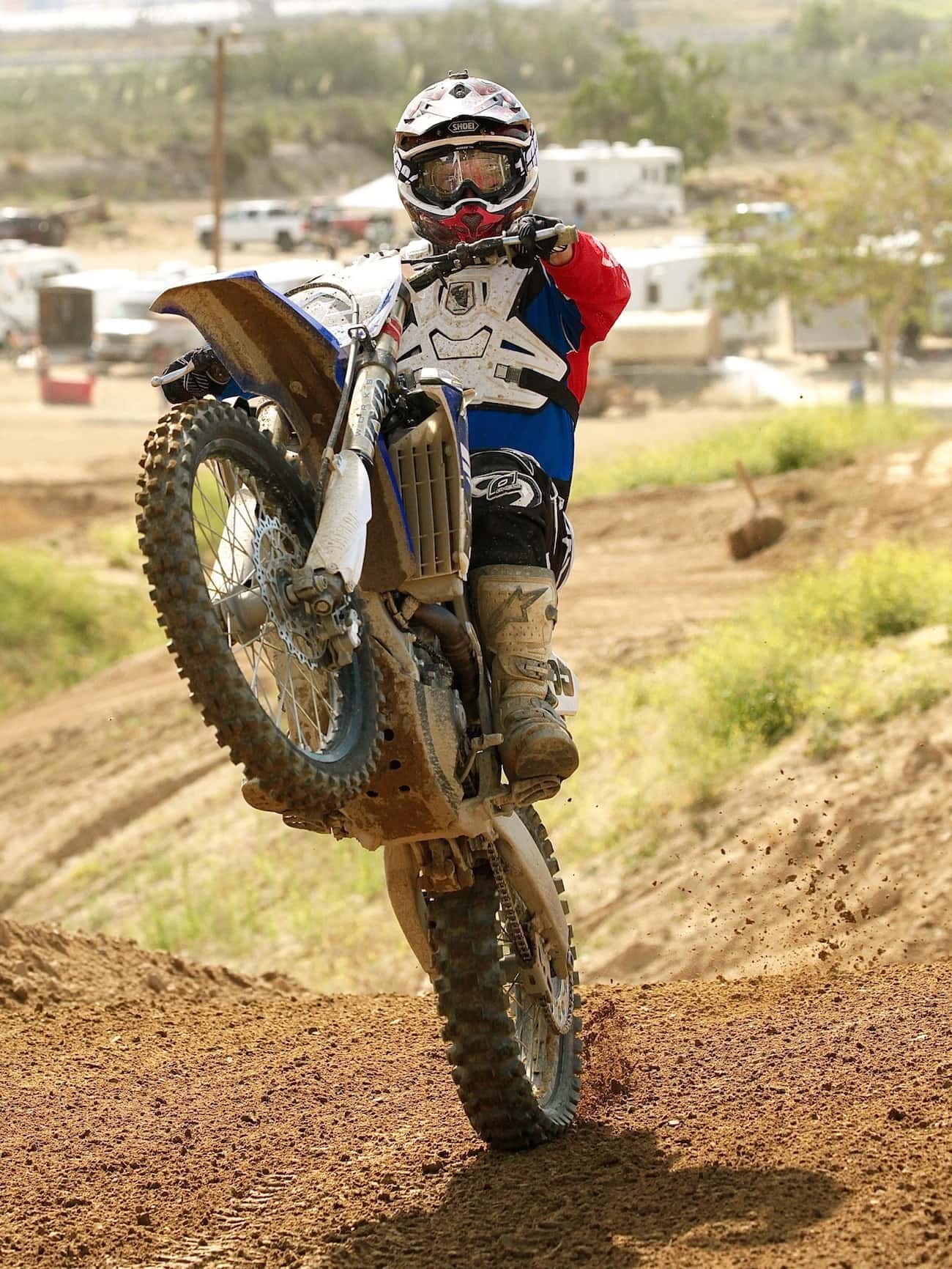 Eddie Davis was the happy winner of the Over-50 Elite class. Photo: Debbi Tamietti

In the second moto, Eddie Davis set sail all by himself, while French and Ortner battled with the Over-40 Experts and Over-30 Intermediates (while both groups were being run down by the Pros and Intermediates from the first wave). Eventually, in a tooth and nail struggle, French and Ortner dispatched the last of the young guys and ended up second and third in their class—which is how they finished on the overall sheet. Pasha Afshar steps the rear end of his KTM 350SXF out as he grabs a handful for the next straight. Pasha is now an Over-50 Expert, but he’s had clutch problems ever since moving up. Photo: Jon Ortner The top three in the Over-50 Elite class were really close—Eddie Davis (155), Luther French (2) and Jon Ortner (10) finished in this order Photo: Debbi Tamietti

In the Over-60 Expert ranks, former Saddleback Maico hero Val Tamietti used a 2-1 to take the victory away from Jim Latendresse who went 1-2 (after a crash in the second moto). Brad Morrsion’s 5-2 was good enough for third place over Hollywood stuntman Mark Donaldson, who went 4-5 after a long layoff between races. Mic Rodgers only made it through two corners in the first moto of the Over-60 Expert class before being involved in a multi-bike crash. Photo: Debbi Tamietti

The worst part of the Over-60 race was that there was a red flag restart after the first start when a large pack of riders collided on the fast straight in front of the tower on lap one. Another Hollywood stuntman, this time Mic Rodgers, was caught up in the incident and went down hard. We wish Mic a speedy recovery from a broken arm.

THE TOP FIVES FROM A VARIETY OF CLASSES The riders to the right are coming down the big hill to enter the stadium section, while the riders in the background are leaving the stadium section. You can’t tell how steep these hills are until you see how hard Terry Varner is working to climb up in the foreground. Photo: Rich Stuelke 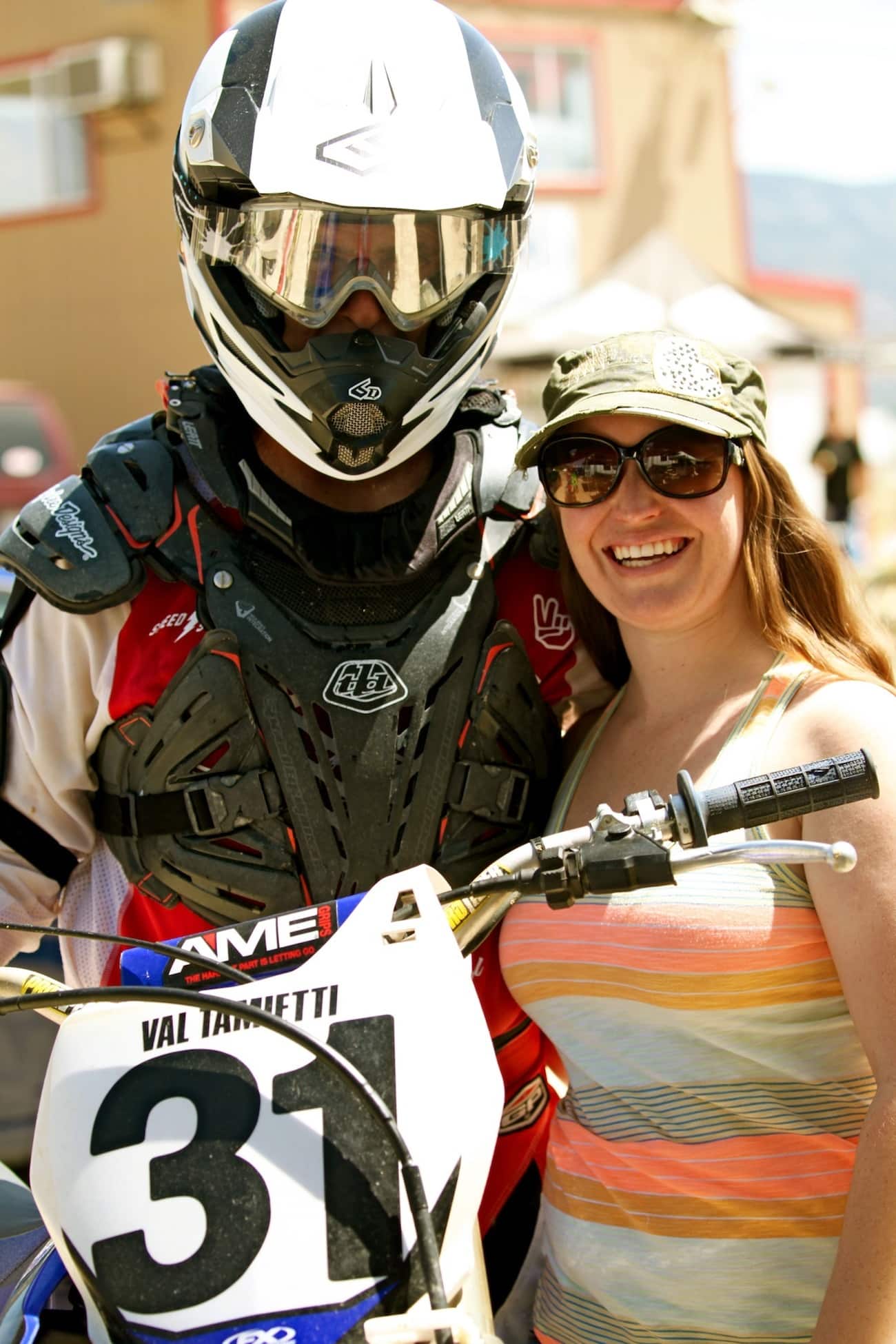 CHEAPER THAN AIRFARE: SEE THE DUTCH GP IN 7 MINUTES