The BSA Catalina Scrambler was the perfect machine for a rider like AMA Motorcycle Hall of Famer Chuck “Feets” Minert. Minert excelled in all types of motorcycle racing, from speedway to trials to scrambles, and later in motocross. Minert raced for the BSA factory team, and the most important win of his career came in the 1956 Catalina Grand Prix. Almost 1000 riders raced on Catalina Island. The win was so prestigious that after Feets Minert‘s victory, BSA named the 1959 Gold Star DBD34 the “Catalina Scrambler.” It was a little misleading because the machine that Feets rode to victory was a 1956 BSA Gold Star Scrambler. “I changed to a five-gallon tank so that I could race the 100-mile race without stopping. I used a front brake backing plate with a scoop for additional cooling and ran a 19-inch front wheel instead of the standard 21-inch wheel preferred by the English riders,” says Feets. Hap Alzina, the West Coast BSA distributor, asked the factory to build a replica of Minert’s Gold Star-based bike. BSA responded with the Catalina Scrambler in 1959. The machine would go unchanged until BSA stopped production in 1963. Feets Minert hanging it all out at the Catalina Grand Prix — with the harbor a steep drop away.

The aluminum-barrel Gold Star was arguably the most successful race bike ever built. It won races for over a decade in every discipline, but ultimately, the venerable Gold Star model was replaced by the smaller (and lighter) B44 that was developed by 500 World Champion Jeff Smith. This machine, based on the BSA 250cc model, would win its final 500cc Motocross World Championship in 1965, marking the end of four-stroke domination in the premier series for the next 30 years. 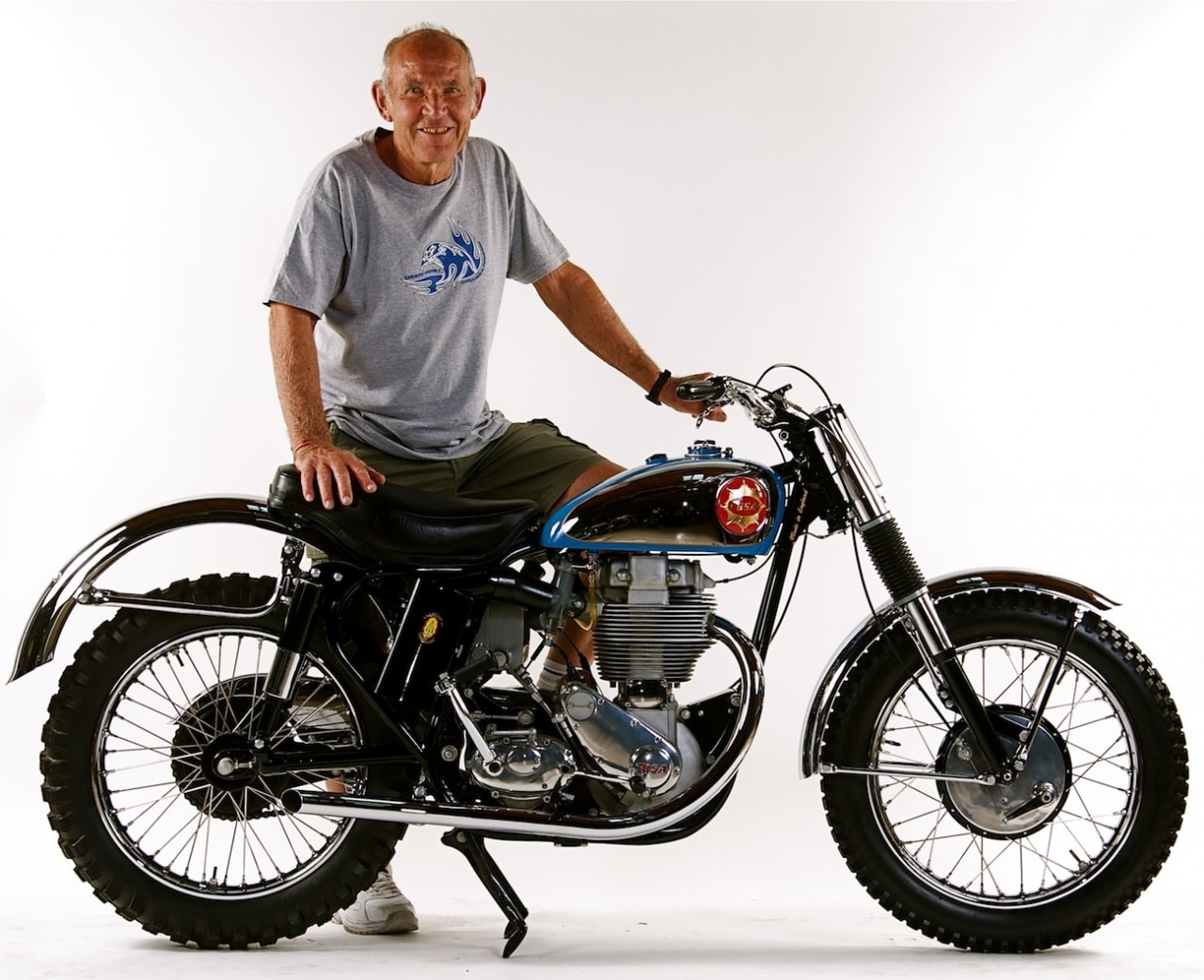 This is Feet Minert, at 83 years old, standing behind the BSA Catalina Scrambler that was named after his 1956 win at the Catalina GP. Feets won the famous race 62 years ago. Unfortunately, Feets passed away in 2016.

WHAT TO LOOK FOR
A collector should look for the 3.5-or five-gallon tank in chrome and blue (with BSA badges) and the “Catalina Scrambler” decal. The steel oil tank and original airbox are very hard to find. The standard carb is an Amal Monobloc with a Lucas racing magneto. A bonus would be the 19-inch front and rear wheels with Dunlop Sport tires in good condition.

SWM MOTORCYCLES ARE ABOUT TO BREAK COVER IN THE USA