The two-race 2022 FIM World Supercross series is officially in the books and it’s Ken Roczen and Shane McElrath who came out as the big winners in the “pilot season” of this new Championship. This whole series started when FELD Entertainment decided not to renew their contract with the FIM (Fédération Internationale de Motocyclisme) for 2022. FELD Entertainment knew that they didn’t want to go international with the AMA Supercross series and they no longer needed the FIM’s input in American Supercross. In response to this, the FIM went searching for a new promoter to host an FIM World Supercross series.

When it was first announced last year that the SX Global group had earned the FIM rights to host this series, it was hard to believe they would actually be able to pull it off. Although the series only consisted of two races (it was originally slated to be three races this year with a longer, more legitimate schedule for 2023), it did happen and incredibly, the series was able to get Eli Tomac to show up for the opener in the UK and they got Ken Roczen to do both races.

In case you missed the live showing of the WSX Australian GP on Fox Sports 1 at 4:00 AM Eastern time/1:00 AM Pacific, here are the overall Championship point standings for both classes and the overall race results from Australia. Eli Tomac won the opener two weeks ago in Cardiff, Wales, but he didn’t show up for the finale in Australia. Ken Roczen’s night wasn’t without controversy, as he got a flat tire in the second of three Main Events. However, he was able to pull through and win the title with a 4-point margin on Joey Savatgy and Vince Friese. Vince tied with Savatgy for second in the points, but Savatgy overall win in Australia was the tie-breaker. Joey Savatgy went 2-1-1 in Australia to take the overall win in the WSX class. 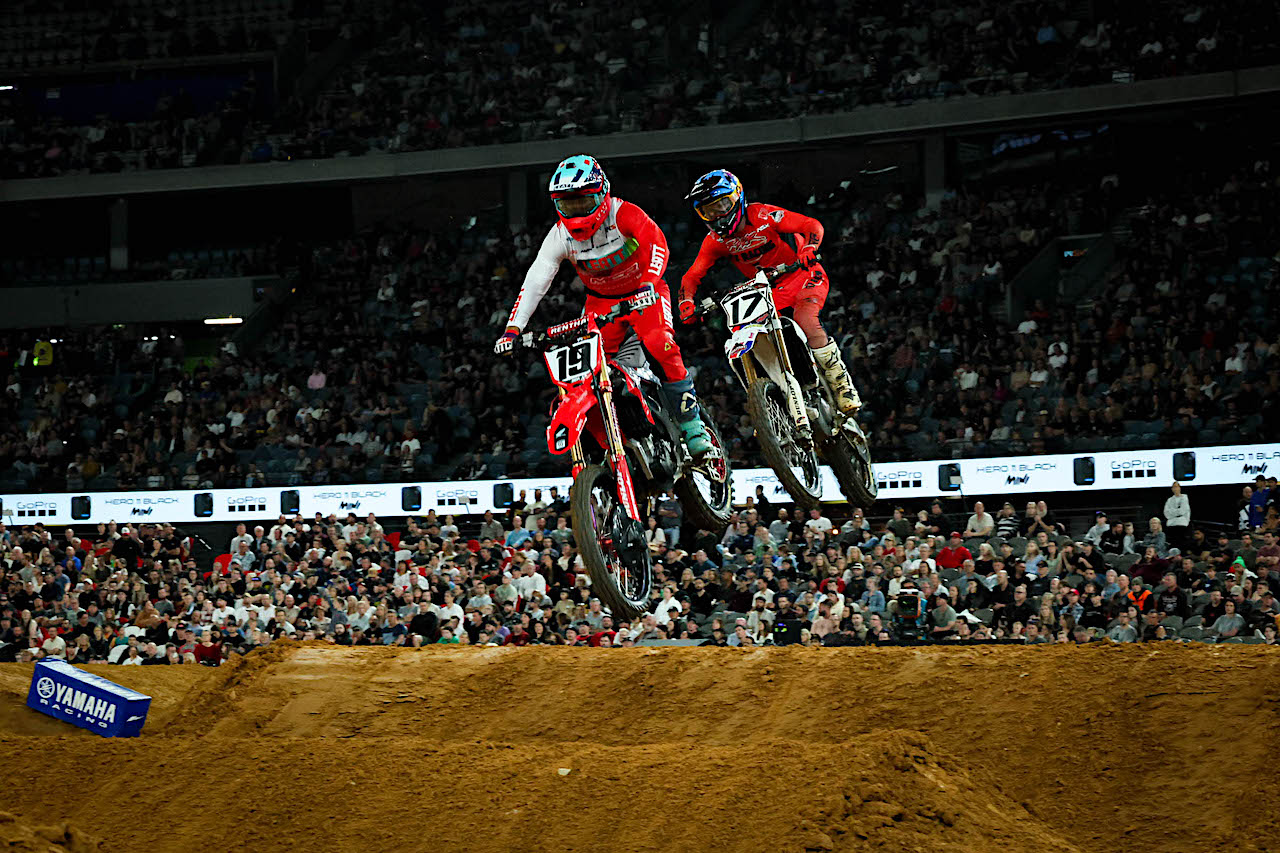 Vince Friese ahead of Joey Savatgy. Ken Roczen won the first Main Event, but a flat tire in the second Main caused him to DNF. Then, in the Super final (race three), Ken finished a consistent second behind Savatgy. He tied on points with Justin Brayton, but his win in the first race was the tie-breaker. Also, the FL column stands for Fast Lap. Because Ken scored the quickest time in the Superpole, he earned an extra point. Watch his Superpole lap below. Shane McElrath won both the British GP and the Australian GP to take home the SX2 title.

Shane McElrath has had one of the most unique race seasons ever. He has ridden for four different teams this year. He started the 2022 AMA Supercross season with Rocky Mountain KTM, then the team fell apart mid-season when title sponsor Rocky Mountain pulled out. Then, he filled in at Rockstar Husqvarna for the first eight AMA Nationals, before Dean Wilson and Malcolm Stewart came back from injury. He finished the final four Rounds of Outdoors on a ClubMX Yamaha YZ450F and then he went to Rick Ware Racing on a YZ250F for the FIM World Supercross series. With his deal being so last-minute, Shane only had a handful of days on the Rick Ware Racing bike before it was time to fly to the UK for Round one. The three-race format opened the door for three different riders to take the checkers in the SX2 class. Max Anstie won the first race, Australian Aaron Tanti won the second moto and Shane McElrath won the third race “SuperFinal” to take the overall win for the night.

Mitchell Oldenburg was fast once again, but according to the MotoConcepts Honda team, Mitchell had a run-in with another rider which left oil on his brakes. He salvaged as much as he could for a fifth place on the night. Max Anstie was second, one point behind McElrath for the overall in Australia. 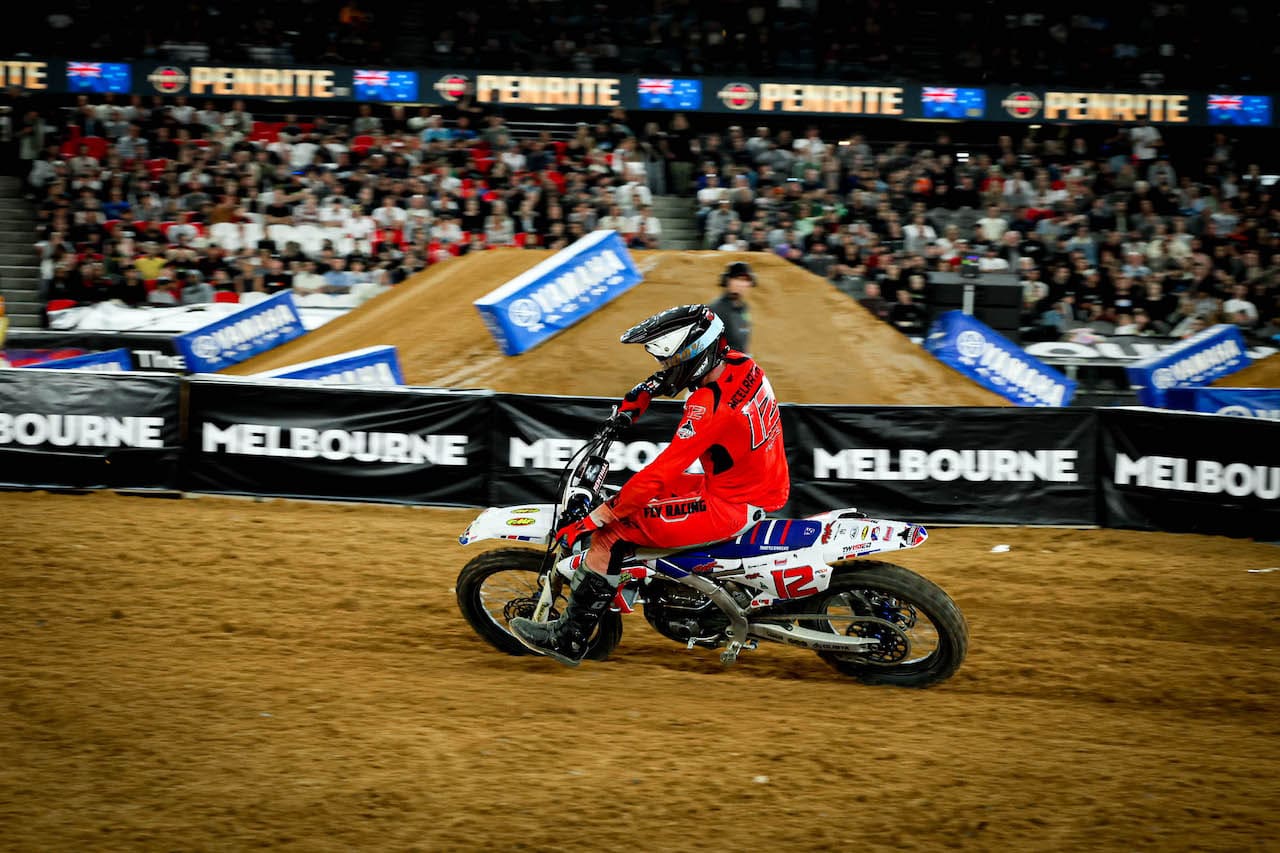 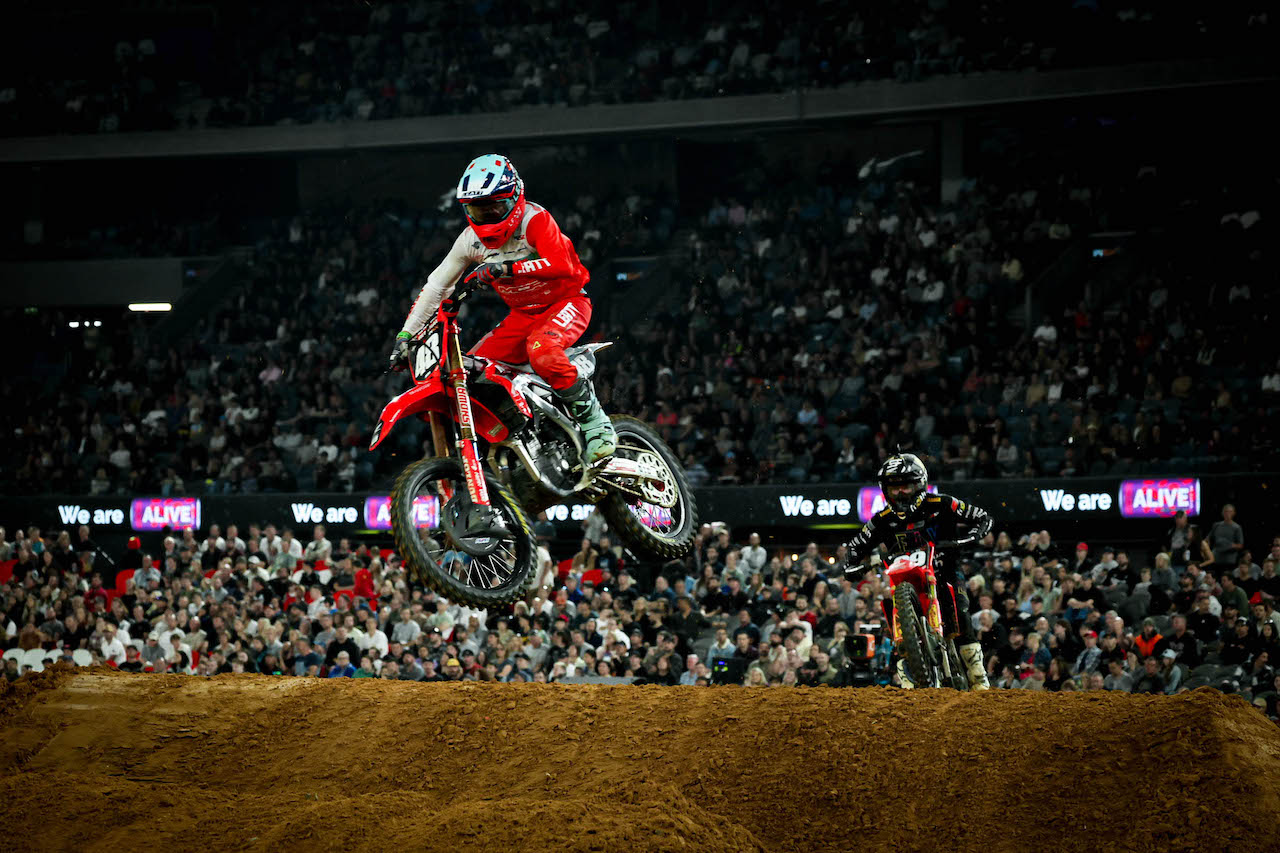 Shane McElrath all smiles after his win. RUMORS, GOSSIP & UNFOUNDED TRUTHS: ALL THE NEWS THAT FITS INTO A TIGHT RIGHT

WE INTERVIEW ELI TOMAC, CHASE SEXTON & JUSTIN COOPER AFTER THE…