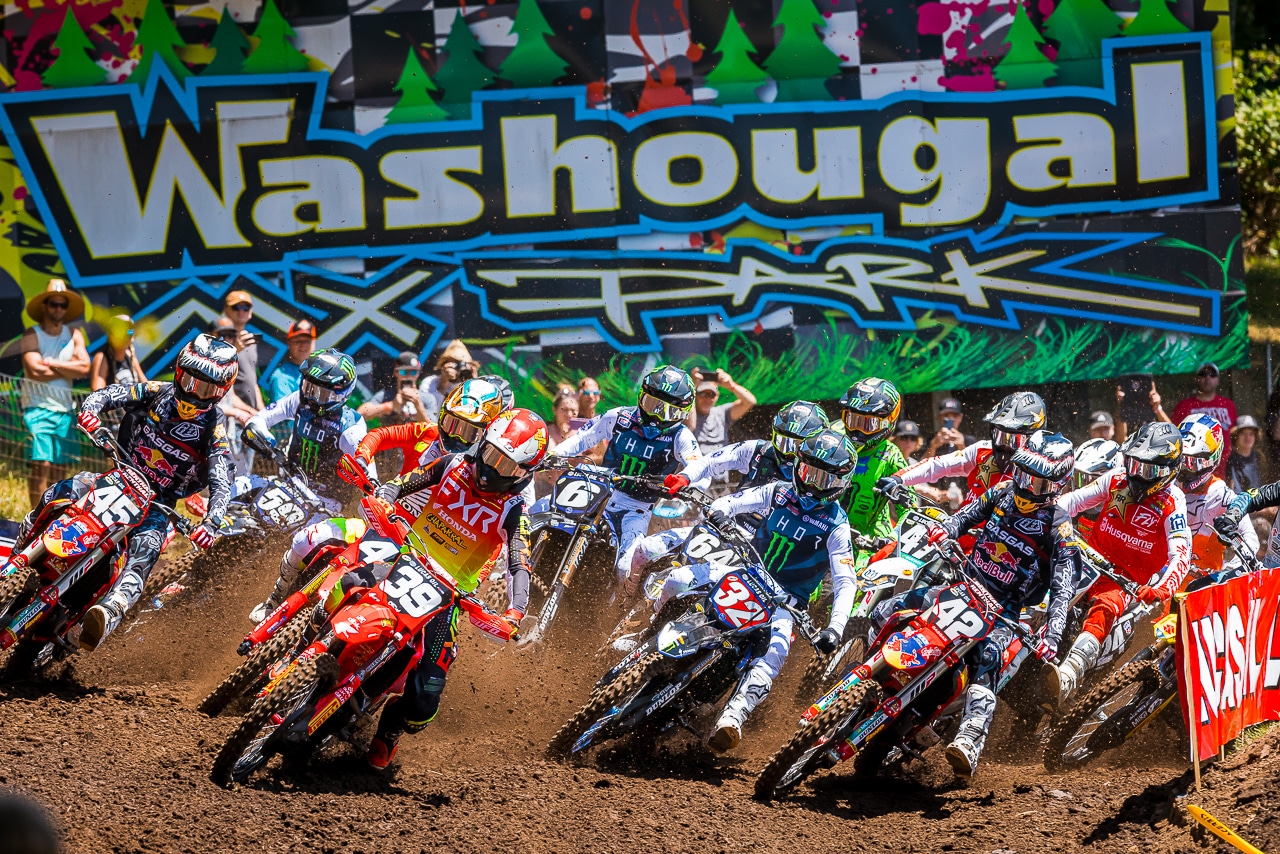 Justin Cooper is the 250 National points leader heading in Washougal.

Washougal MX Park marks the seventh round of the 2021 AMA Pro Motocross National series. The Pacific Northwest round in Washington state wasn’t on the schedule for the 2020 series due to the Covid pandemic. The riders and fans are excited to have this momentous round back on the MX schedule for 2021. In the 250 class the Star Racing Yamaha rider, Justin Cooper took the points lead last round at Millville so it is his race to lose. Justin Cooper took an early lead with his teammate Jeremy Martin right on him. RJ Hampshire sat third and Forkner fourth. Jeremy Martin made the pass on Justin o the fifth lap. While Hampshire was trying to pass Cooper as well he stalled the bike falling to fourth. Pierce Brown worked past Hampshire for third but Hampshire and Jett Lawrence were really close. Jett Lawrence started to make a change getting his way up to third with the two Star Racing Yamaha of Martin and Cooper in front of him. On the 14th lap, Justin Cooper went down dropping back to 7th allowing Jett Lawrence to close the points gap. Mosiman passed Cooper easily for 7th after he got up. Jeremy Martin took the overall win and his second win in a row. 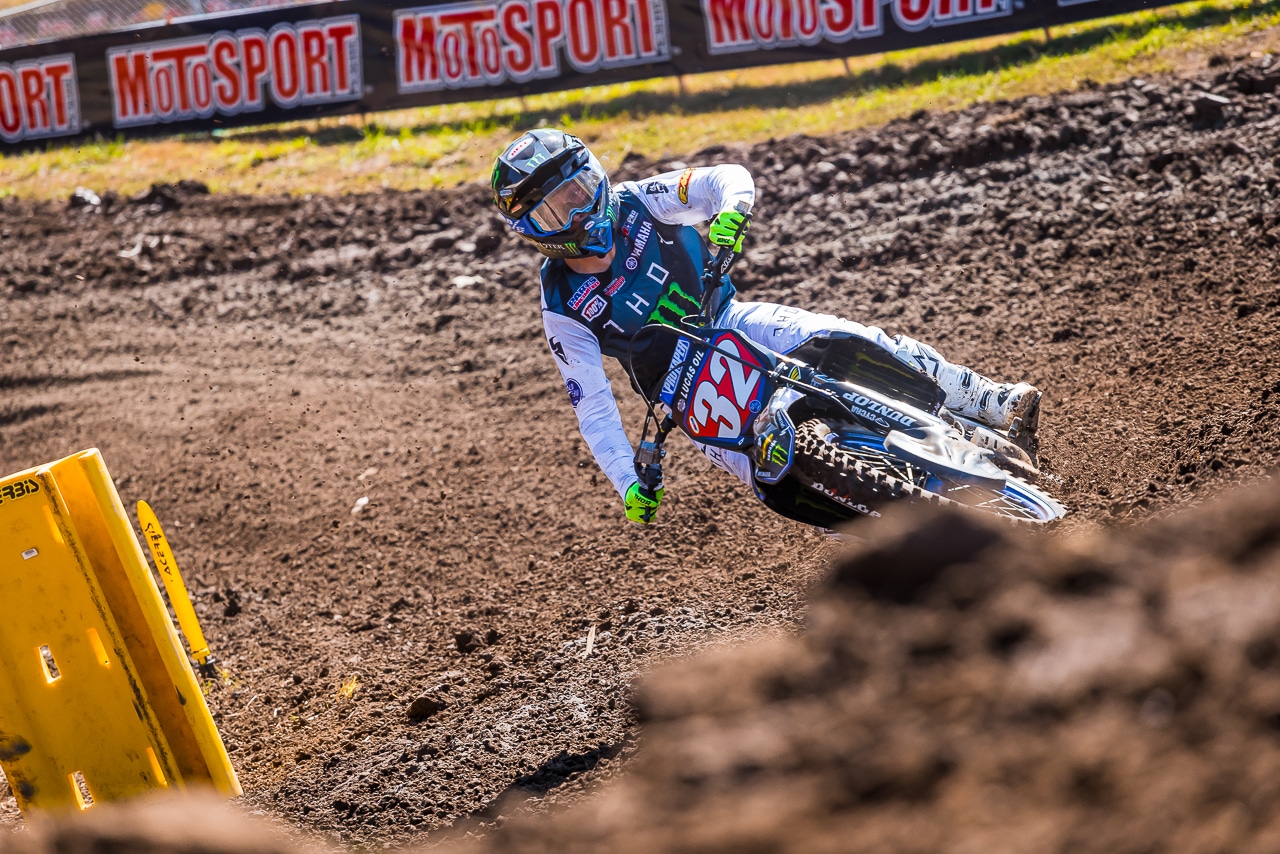 The holeshot went to Carson Mumford. Mumford was riding great. On the third lap, the points leader, Justin Cooper made his way into the lead past Mumford with RJ Hampshire making his way past into second as well. On the next lap, Pierce Brown and Jeremy Martin got past Mumford as well. By the 8th lap, the battle at the front was between Justin Cooper and RJ Hampshire, however, Jeremy Martin and the two factory GasGas riders weren’t far behind. Michael Mosiman made his way past his teammate Brown for 4th position. Justin Cooper, the 250 points leader came away with the first moto win with Hampshire, Martin, Mosiman and Hunter Lawrence in the top 5. 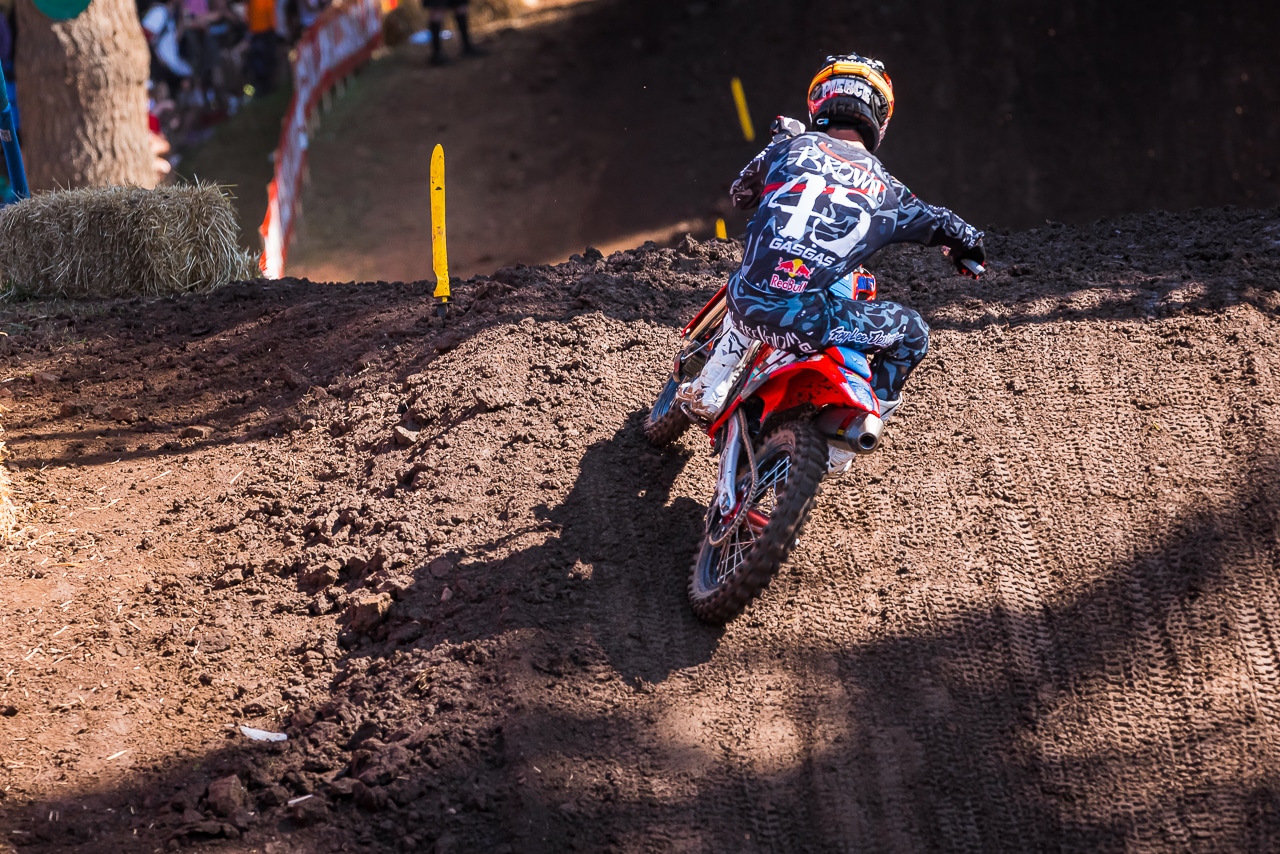