News item #1. Terry Varner returned to racing after collapsing in the pits 3-1/2 month ago. Terry had triple bypass heart surgery and his doctor cleared him this week to return to racing. Photo: Debbi Tamietti News item #2: AME Grips Bob Rutten had a double celebration at REM this week. He turned 60 years old this week and moved to the Over-60 Expert class. Plus, the former Baja Champion just recovered from having both knees replaced. Here, Bob (2-2) leads Jim Latendresse (1-1). Photo: Debbi Tamietti News item #3: Dave Eropkin made his comeback after taking a couple months off after suffering a concussion. REM has a mandatory waiting period before a rider can return to racing if he is knocked out. Dave must have healed up because he went 5-5 in the Over-50 Experts. Photo: Debbi Tamietti News item #4: Hollywood actor Bryan Friday is ready to race again. Bryan tried a few tentative races in the last couple weeks to see if the new rod in the femur he broke one year ago healed. Bryan went 8-7 in the Over-50 Experts. Photo: Debbi Tamietti 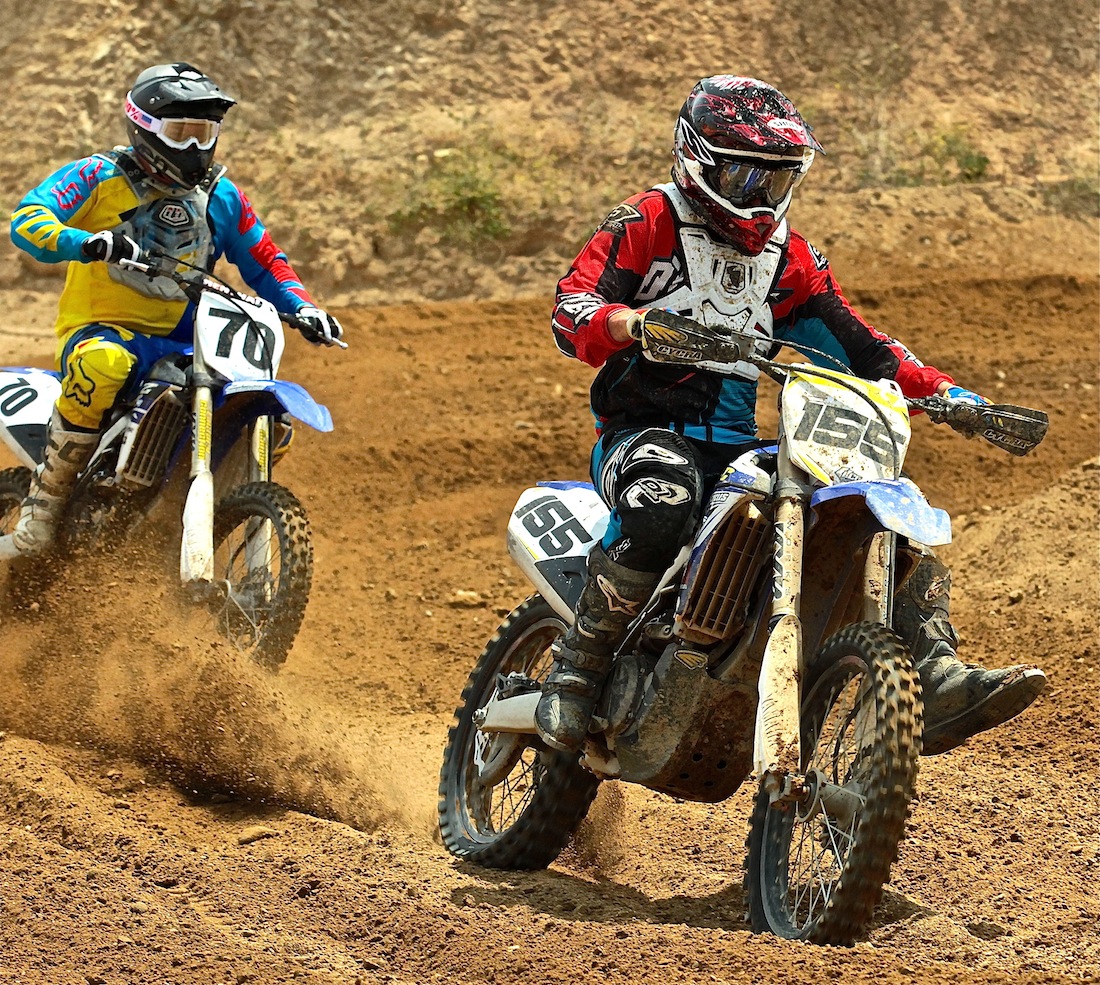 News item #5: Eddie Davis celebrated his 50th birthday by moving from the Over-40 Expert class to the Over-50 Elite class. Davis went 1-1. Photo: Debbi Tamietti Tony Amaradio (130) went 1-1 in the Vet Pro class. He was chased in both motos by a name from the past —Jeff Willoh. Photo: Mark Chilson This may not look like Dustin Pulliam’s finest moment, but he ended up second overall in the 450 Pro class with a strangely high 5-2 score. Photo: Mark Chilson William Bojorquez (32) went 1-3 for third overall in the 250 Intermediates behind the 3-1 of J. Y. Leavitt and 2-2 of Cody Johnston. Photo: Debbi Tamietti Alek Vestal won the 85 Expert class. REM has a unique mini program for the remaining 3 races in June. All the riders in the 65cc, 85cc and 150F classes can race for free if their dad is racing that same day. Photo: Debbi Tamietti Luther French (2) was third in the amazingly competitive Over-50 Expert class. Luther’s 3-2 was beaten by Jerry Black’s 2-1 and Phil Dowell’s 1-3. The Over-50 Experts were the largest class of the day. Photo: Mark Chilson Val Tamietti (31) two-stroked his way to 6th in the Over-50 Expert class with a 6-6 day. Photo: Debbi Tamietti The REM track bit quite a few riders. Here, Jon Lyle’s gets snake bit in the Over-40 Intermediate race. Photo: Mark Chilson 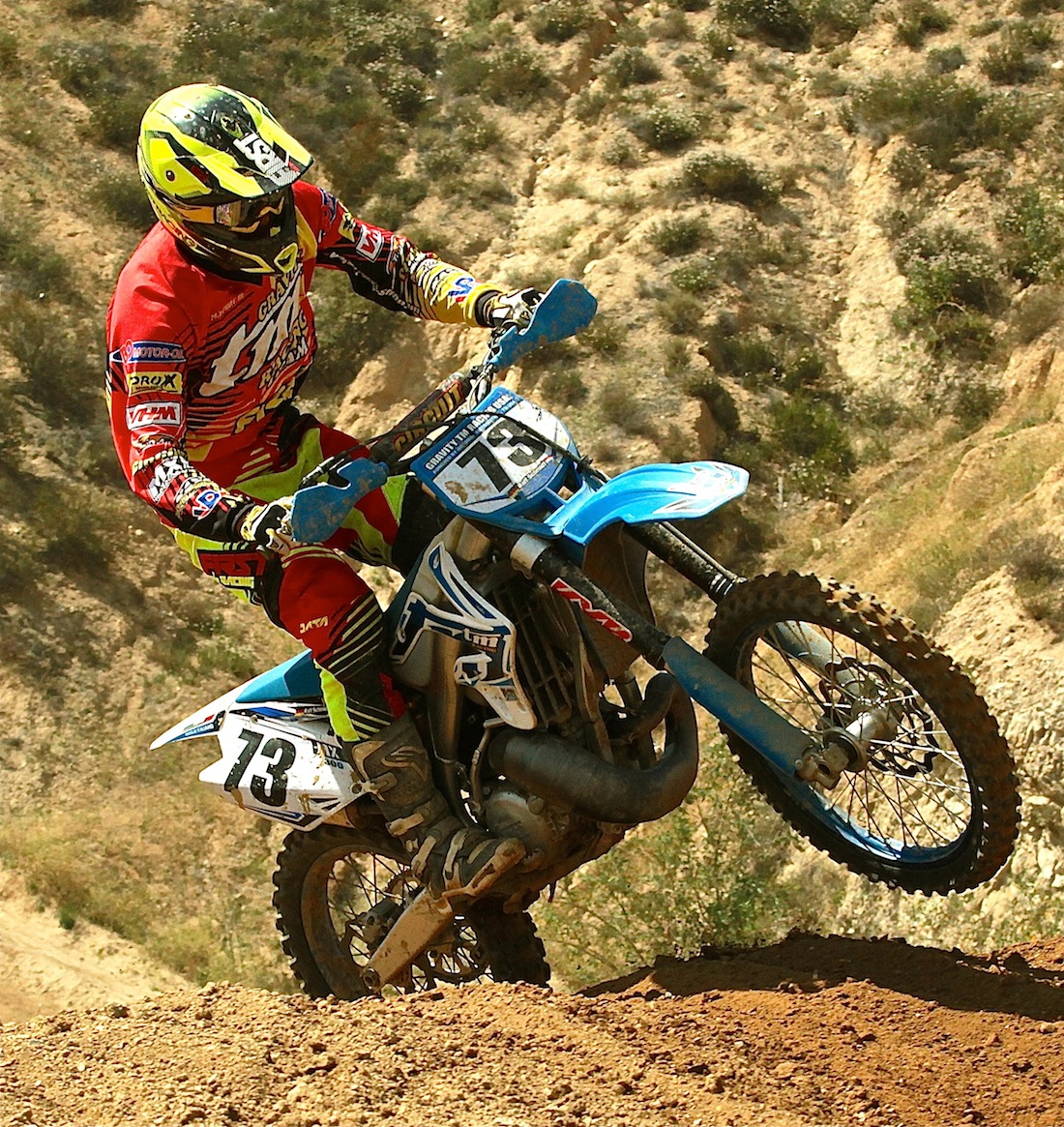 In what was an all-European podium in the Over-40 Intermediate class, Dutchman Ralf Schmidt (73) finished second in an Italian sandwich of winner Luca Trussardi and third place Giovanni Spinali. Photo: Debbi Tamietti 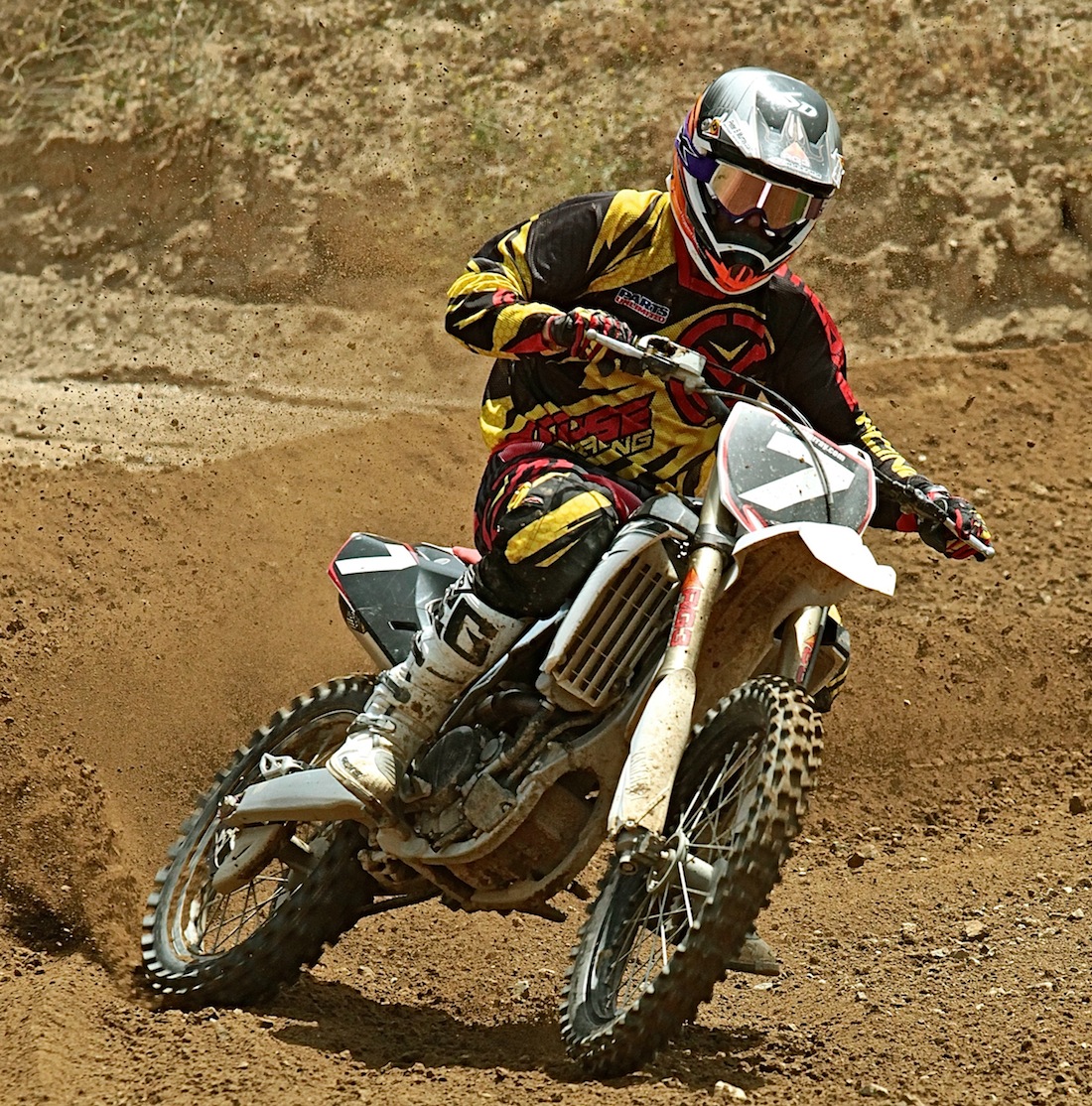 Josh Wright in the same turn, but he went a little wider to use the cushion on the outside. Photo: Debbi Tamietti

REM races next Saturday, June 6 (and again on June 20 and June 27). For more info go to www.remsatmx.com