The announcement of Marvin Musquin signing a Supercross-only deal makes us believe even more that the Red Bull KTM team is indeed hiring Aaron Plessinger to race alongside Cooper Webb for the full Supercross and motocross seasons in 2022, with Marvin as the third 450 rider under the tent in Supercross. This news is great to hear as Marvin is a great ambassador for the sport and because he’s been a long-time KTM racer. But, the biggest news bomb here isn’t Marvin re-signing with KTM for Supercross-only, it’s that he explained the team will have “a new bike.” Marvin said: “It will be another fun challenge working with the new bike, which will be a lot more work but that’s exciting!”

It’s a little surprising that KTM leaked their own secrets through this press release, but it hasn’t been a well kept secret anyways. We expect to see the KTM riders using an all-new bike in Supercross in a few short weeks when the training for the 2022 season begins. Read the full KTM press release about Marvin below:

MURRIETA, Calif. – KTM North America, Inc. is pleased to announce that Marvin Musquin has locked in a deal to remain with the Red Bull KTM Factory Racing team through the 2022 AMA Supercross Championship.
Entering his 12th season with the U.S. Red Bull KTM Factory Racing team in 2022, the French rider has become synonymous with the READY TO RACE brand thanks to his top level of performance and commitment within the sport. Enjoying success at the last two rounds of the 2021 AMA Supercross Championship, the 31-year-old has proven that he still has plenty to give as he charges full-steam ahead towards a career-first 450SX title come January. Marvin Musquin: “I’m really happy to extend my contract for another year making 12 years racing in the U.S. and 14 years in total with the with the Red Bull KTM family! It’s no secret that everyone on the team is like family to me. It will be another fun challenge working with the new bike, which will be a lot more work but that’s exciting! I look forward to focusing my efforts on the Supercross series and to the Supercross schedule being back to normal starting back at Anaheim in January!” 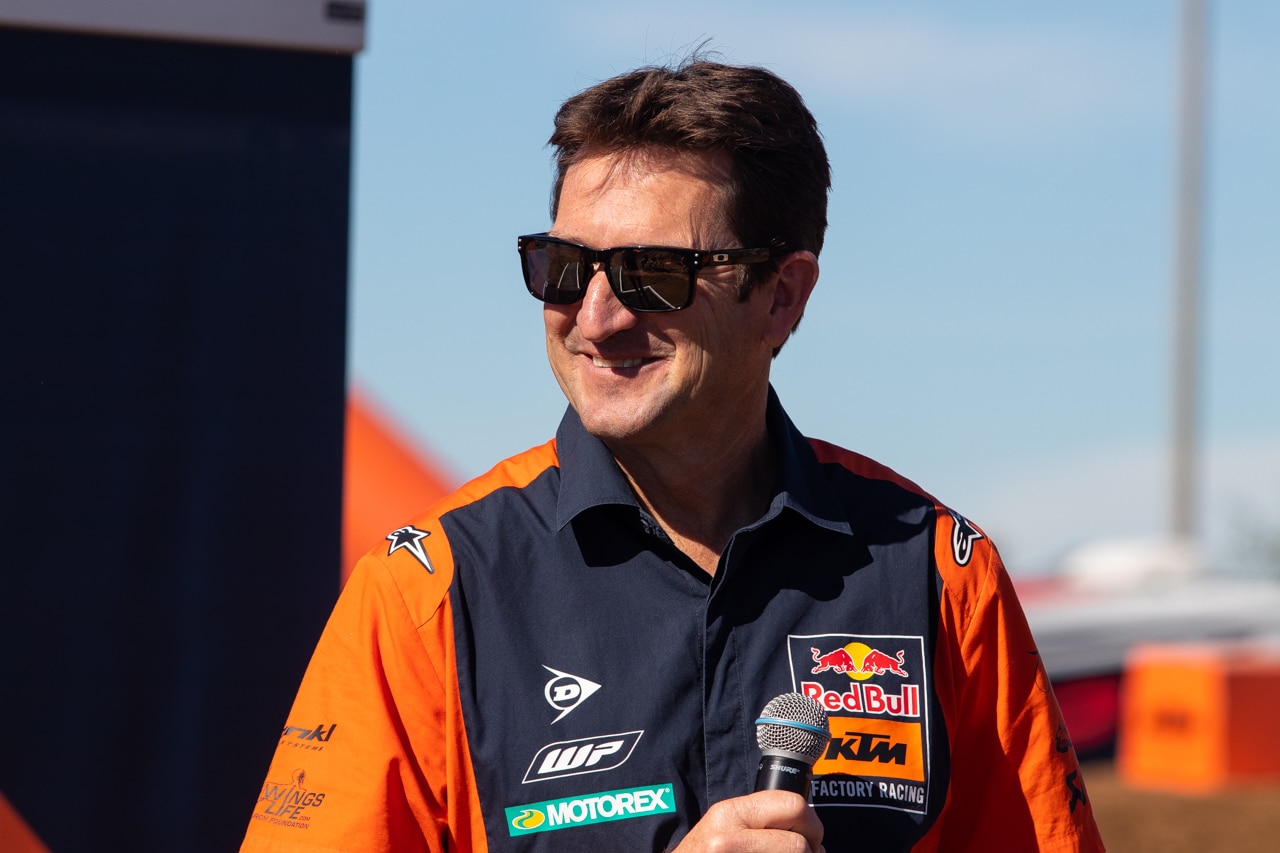 Ian Harrison – Red Bull KTM Team Manager: “Marvin has been an integral part of our team for many years and I am really happy we can continue working together for another season. He has achieved a lot with our team and been a part of the many milestones we have reached as a group in the U.S. over the last 12 years. Through highs and lows, he has overcome many obstacles and injuries throughout the years and all the while he fights back and shows he still has the desire to win – as he demonstrated during the 2021 Supercross season.” Roger De Coster – Director of Motorsports, North America: “Marvin will be back for another SX season and I think he wants to prove to us that he is like red wine and gets better with time. After serious knee surgery two years ago, Marvin worked hard to recover and he is back in top shape, so we feel that and after finishing strong this year in SX with a win and second in the last two races, he will be back capable to perform at a top level.” Marvin Musquin missed the Ironman and Fox Raceway #2 Nationals when he tested positive for Covid. We aren’t sure if he will line up this Saturday at Hangtown.

“I NEED A SCAN, OTHERWISE I WON’T RIDE” – BEHIND THE SCENES WITH JEFFREY HERLINGS + MORE RECENT VIDEOS