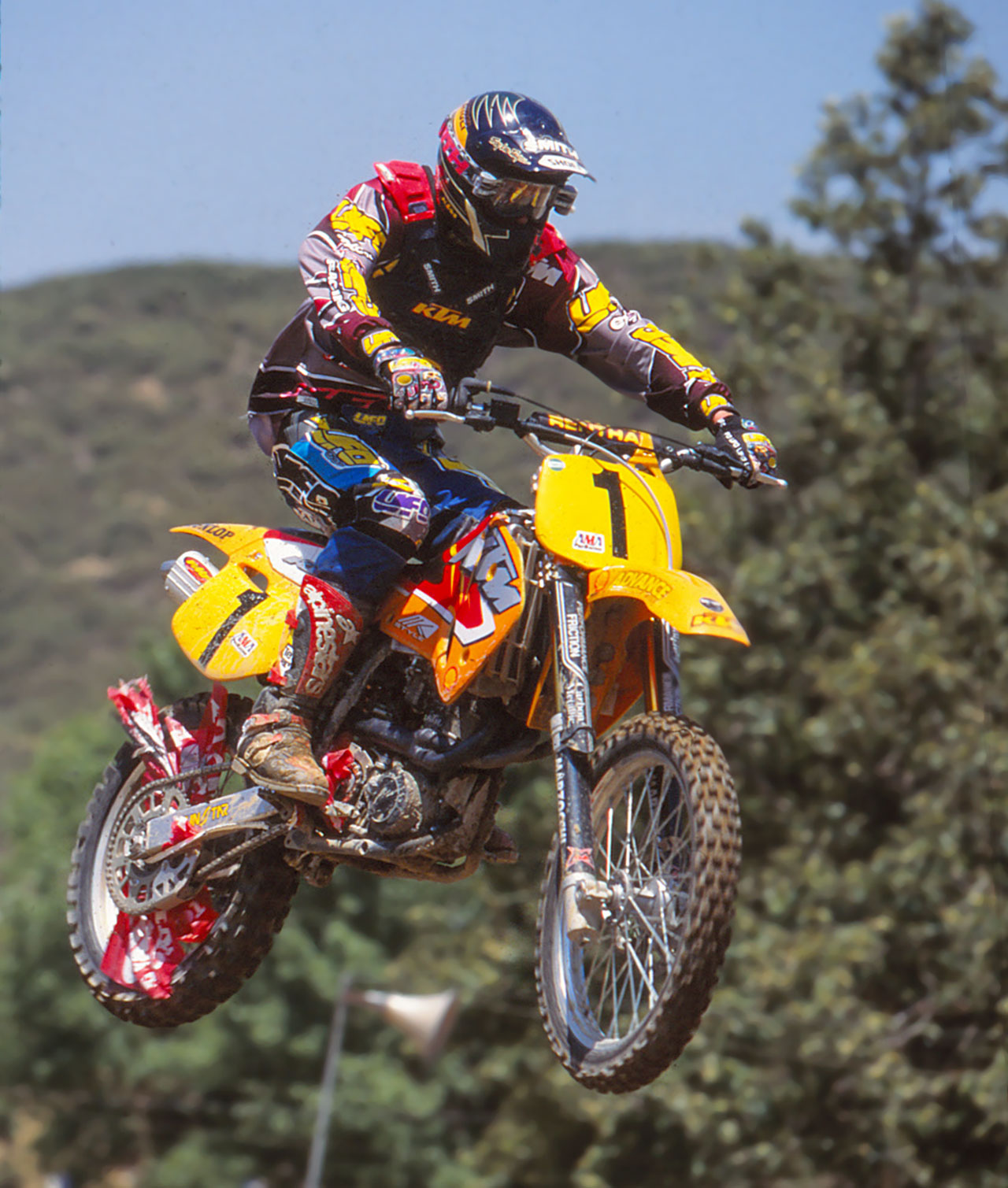 Lance Smail (1) picked up some cargo during the 1997 four-stroke championship series.

Before Ryan Dungey, KTM had a champion in motocross. His name was Lance Smail. 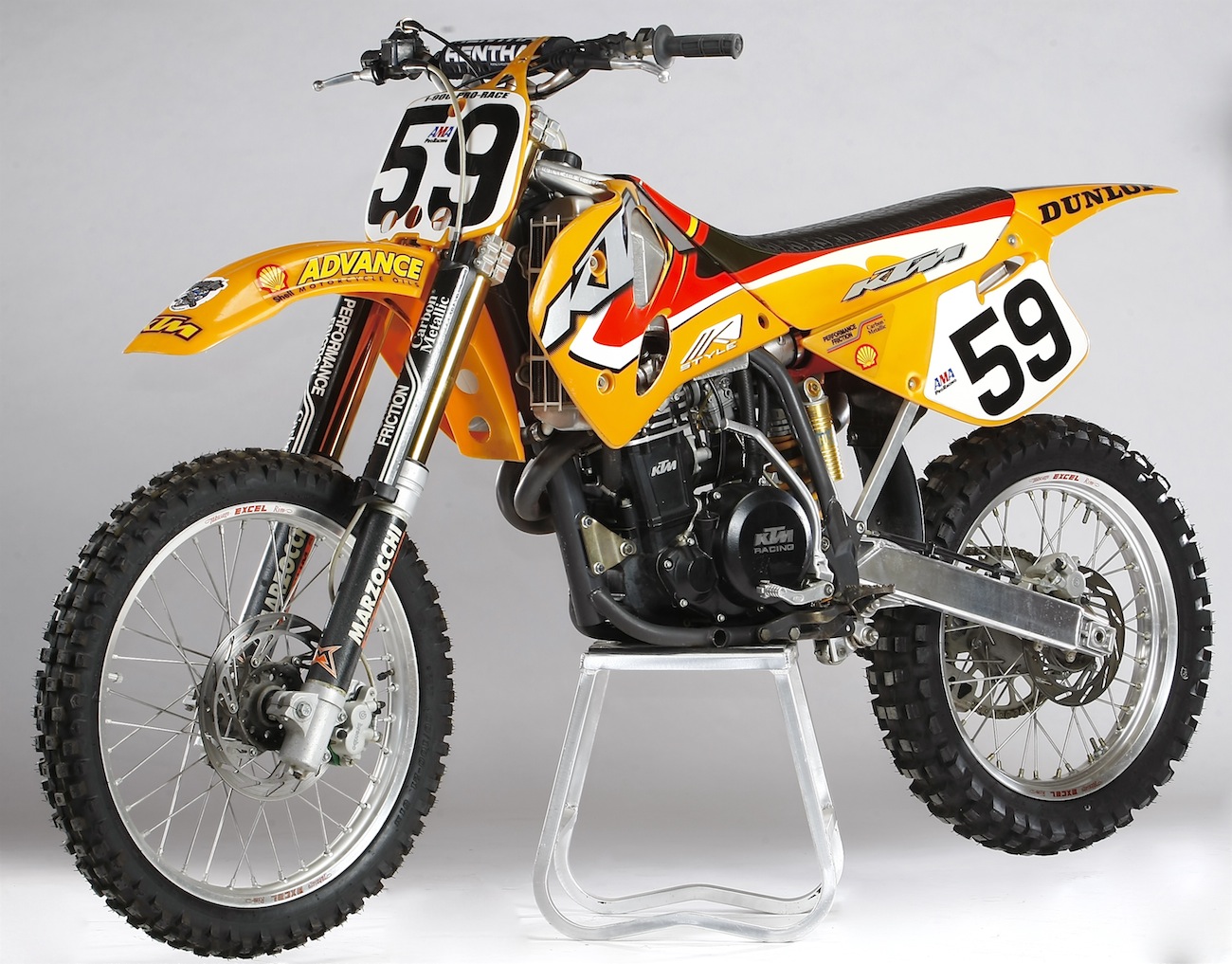 But, this story is about Supercross and four-strokes. It revolves around 1996 and 1997 and centers on three men, Rod Bush, Lance Smail and Tom Moen. The man behind KTM USA, the late Rod Bush, green lighted an experiment to make a four-stroke-legal bike for selected AMA Supercross races for Lance Smail to race. Lance’s mechanic, Tom Moen was given a big enough budget to build three special machines. Tom modified his three KTMs to be Supercross legal, using 538cc engines built with a potpouri of different KTM engine parts. 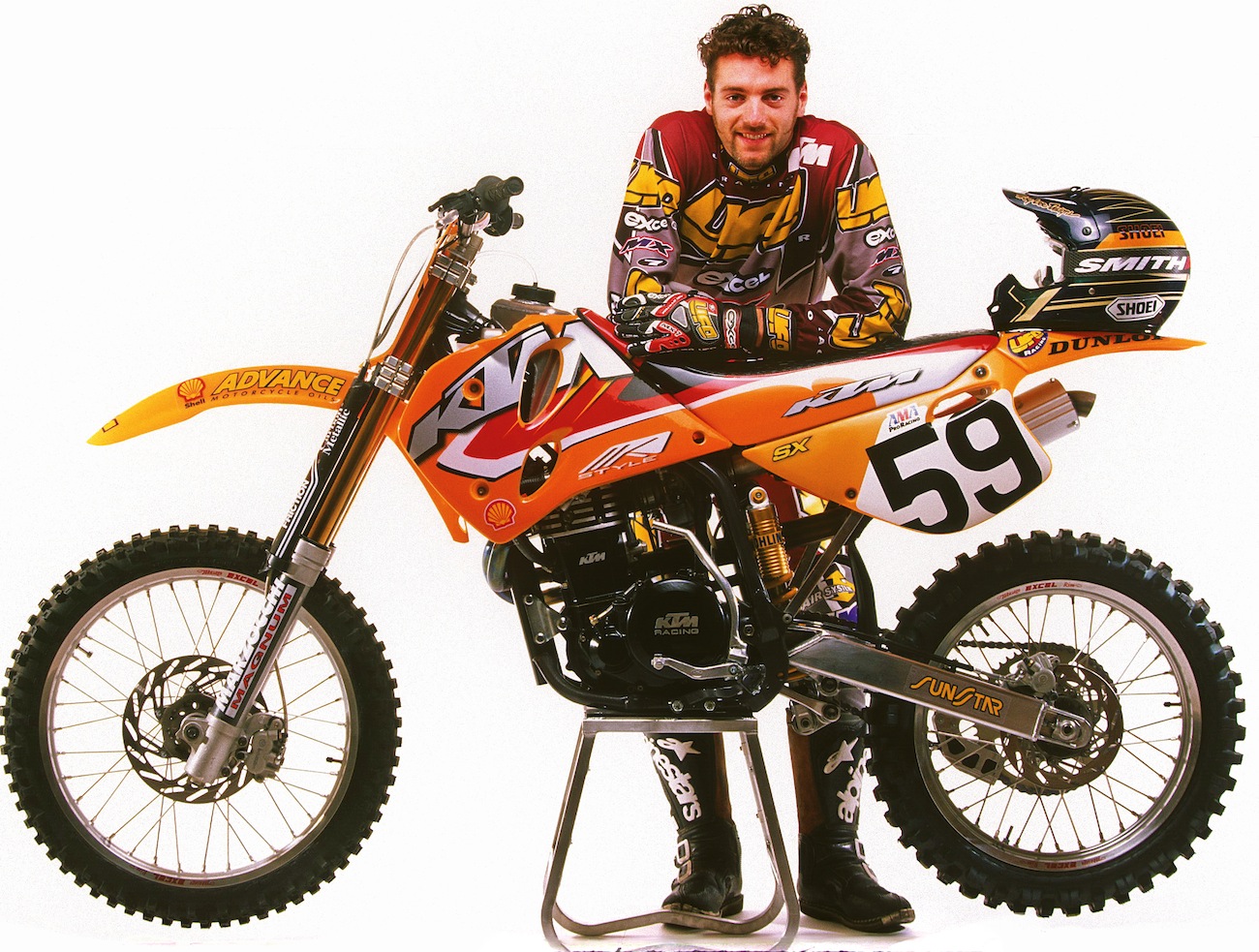 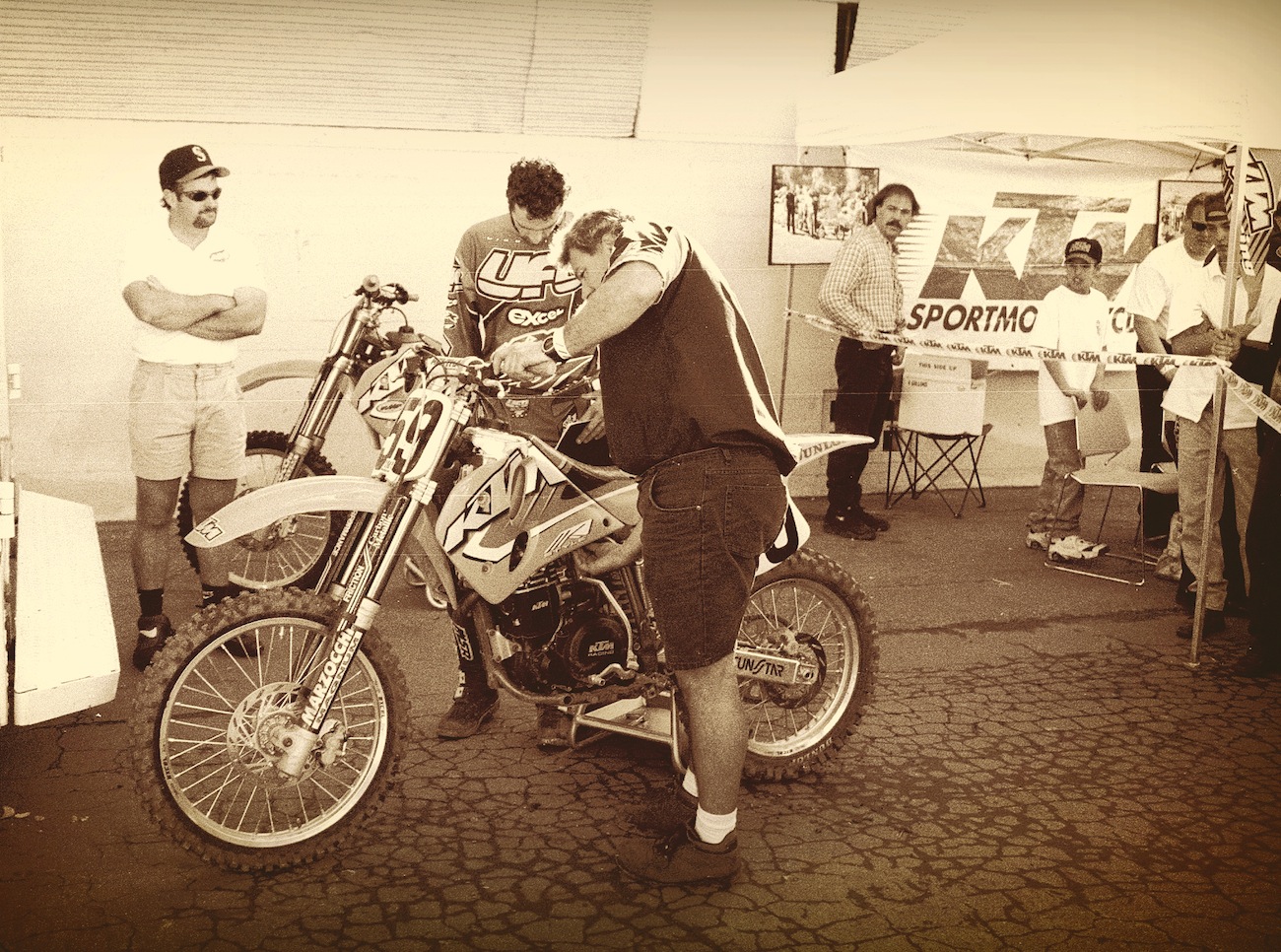 ASK THE MXPERTS: WHAT EXACTLY IS MOUSSE? OR IS THAT MICE? MOUSE?