In this video, Motocross Action takes an up close look at Chase Sexton’s Factory HRC Honda CRF450 and we interview his mechanic Jade Dungey (older brother of Ryan Dungey) to learn all about the rookie 450 riders steed. The HRC Honda team is debuting the all-new 2021 Honda CRF450 this year and so far they’ve been successful on it with Chase Sexton’s teammate, Ken Roczen, leading the Championship point standings in the 450SX class.

Chase Sexton’s professional Supercross and motocross racing career started out strong, but it has really taken off in the last three years. Chase won the 250 East Coast Supercross title in 2019, but many people discounted Sexton’s title because his main competitor, Austin Forkner, was out with injury. Then, Chase backed up his 250 Championship in 2020 when he edged out Shane McElrath at the Salt Lake City Supercross finale to make it two-in-a-row. Before winning his second 250 regional Championship, Chase already had signed with the HRC Honda factory team and he was set to start his 450 career in a unique fashion, by making the jump in the middle of the year to race the Pro Motocross series in the premier class. Sexton’s rookie season in the 450 National series ended with his first overall win at the Fox Raceway season finale. Then, Chase started off the 2021 Monster Energy Supercross series with great speed and he led for six laps at the Houston Supercross #2 before having a big crash and injuring his right shoulder.

Since his crash, Chase has been on the sidelines, but now the HRC Honda team has stated that Chase is back riding again and he plans to be on the line at the Daytona Supercross, Round nine of the AMA Supercross season.

To check out MXA’s full test on the stock version of the 2021 Honda CRF450, click here. 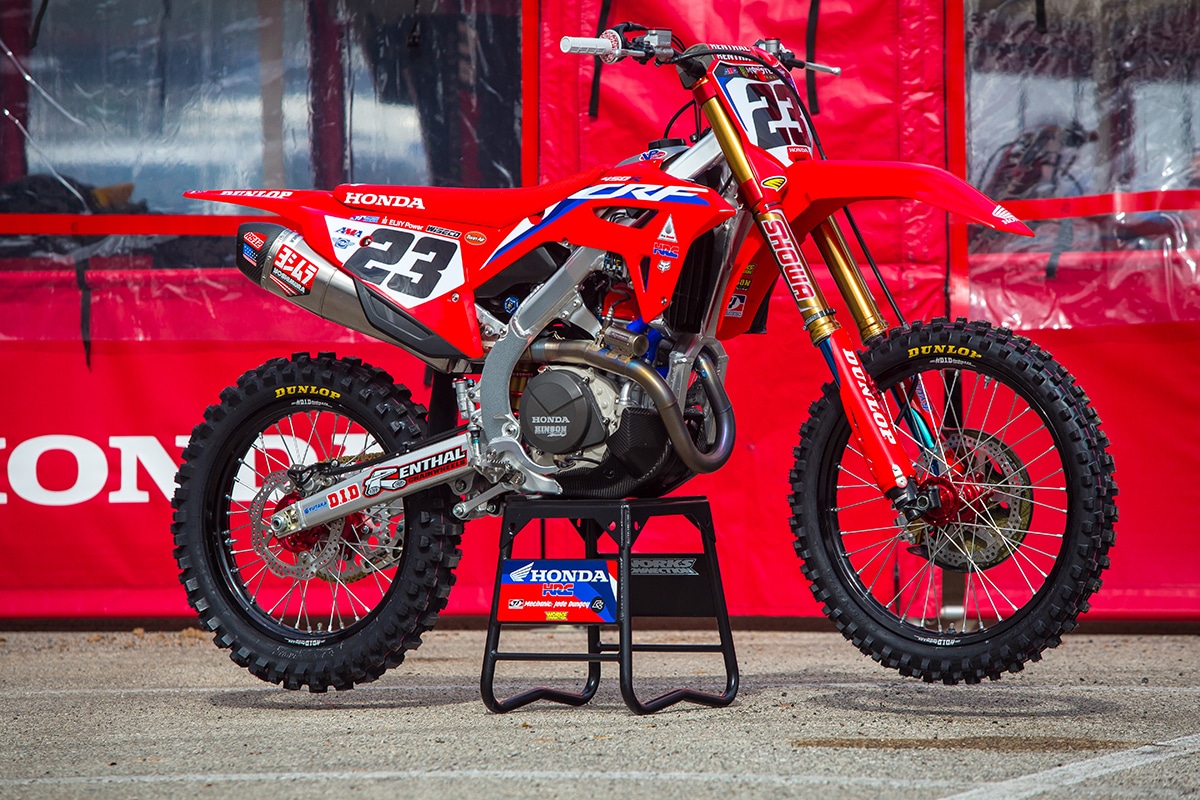 Chase Sexton’s HRC Honda has been waiting patiently on the sidelines for a few weeks. Now, the team has announced that Chase will be back at the races for the Daytona Supercross on March 6th.

2022 ANAHEIM 3 SUPERCROSS // CHECK OUT THE PRO PITS WITH MXA

MXA’S RAW GASGAS MC125 VIDEO: LIKE MUSIC WITH YOUR ACTION VIDEOS? MOVE ON!…

“I PLAN TO RACE MORE!” MARVIN MUSQUIN ON HELPING FRANCE…