MXA INTERVIEW: ZACH OSBORNE TALKS ABOUT HIS FIRST WIN OF 2018 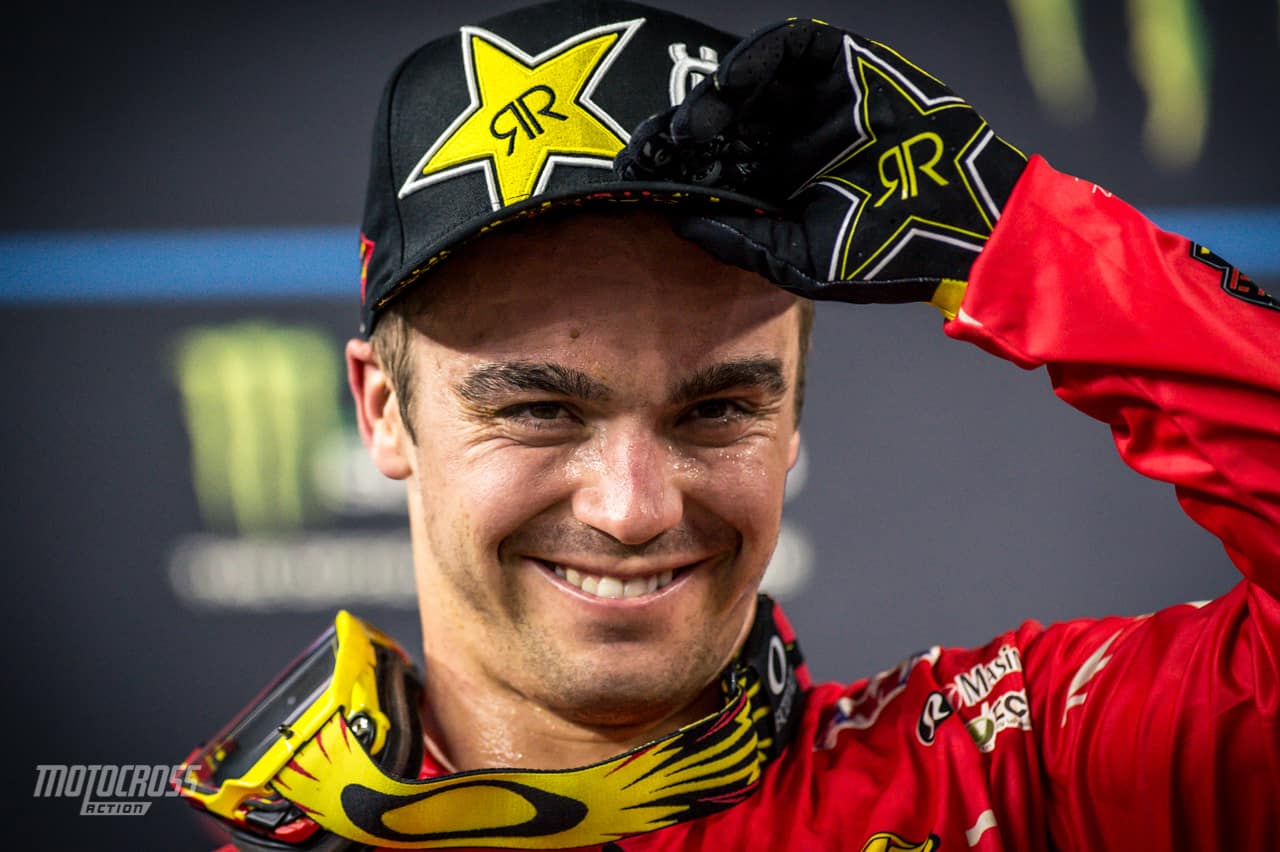 In spite of feeling a bit “off”, Rockstar Husqvarna’s Zach Osborne served notice that he is wearing the number 1 plate on his bike for a reason. Osborne may have not set the fastest qualifying time, nor won his heat race, but in typical Osborne style he made the best of the main, and took his first win of 2018. From here on out I expect Zach will be even more prepared to defend his supercross championship. It should be a competive 250 Eastern series though as many riders were capable of winning, and several championship contenders undone by the difficult first turn. We caught up with Zach well after the race, as he was leaving Texas AT&T stadium.

ZACH, GOOD JOB; YOU PICKED UP WHERE YOU LEFT OFF FROM LAS VEGAS LAST YEAR. Thank you; yes, it was a nice night. I had a little tip over there at the beginning of the main, and not a great start so I have a couple of things to work on for the week. But all in all, it was a good night.

YOU AVOIDED MUCH OF THAT FIRST CORNER, SECOND CORNER CARNAGE. Yes for sure. It was a gnarly big pile up there in the first corner, but I was able to make some maneuvers going into the first turn. I missed all of it so that was really, really fortunate.

I missed all of it so that was really, really fortunate.

YOU SAID THAT FELT A LITTLE OFF, YET YOU STILL WON. YOU HAVE GOT TO BE FEELING PRETTY GOOD. It is a good feeling to just kind of get the first race out of the way, and get the ball rolling on actually racing now. So it is a really nice feeling to take away a win, keep the red plate, and build some momentum for the series. MANY TALK ABOUT COMING IN AS A DEFENDING CHAMPION, AND THE WEIGHT OF THE NUMBER ONE PLATE. DID YOU FEEL THAT AT ALL? Yes, for sure I did, but I don’t really know how much. I was maybe a little bit under nervous, and that is not a really good situation for me. So I am going into next week knowing that I need to have my fists up ready to fight, and scrap for every inch of it.

THE NEW 450 HUSQVARNA IS PRETTY MUCH ALL NEW, AND STUFF, BUT YOUR 250 IS BASICALLY THE SAME RIGHT? Yes, it is the same bike as we raced last year. I did not even really do much testing in this off-season, and pretty much came to the race where we left off last year. It is a bike that I know very, very well, and one that I am very happy with. So there was not so much to change.

AS A FINAL QUESTION, SEEING YOU WIN THE MAIN WAS NO SURPRISE.  BUT WAS ANYTHING A SURPRISE TO YOU? Yes, I was surprised that there were a lot of fast guys all day. I did not really expect it to be within hundredths of a second in the top three. That is pretty impressive, and there are a lot of guys that are going fast now. We just need to know that it is going to be a tooth and nail fight to the end, just like it was last year.