THE BIKES OF THE WORLD TWO-STROKE CHAMPIONSHIP Brad Morrison brought a few Maico’s out to race them in the Over-60 Expert class. 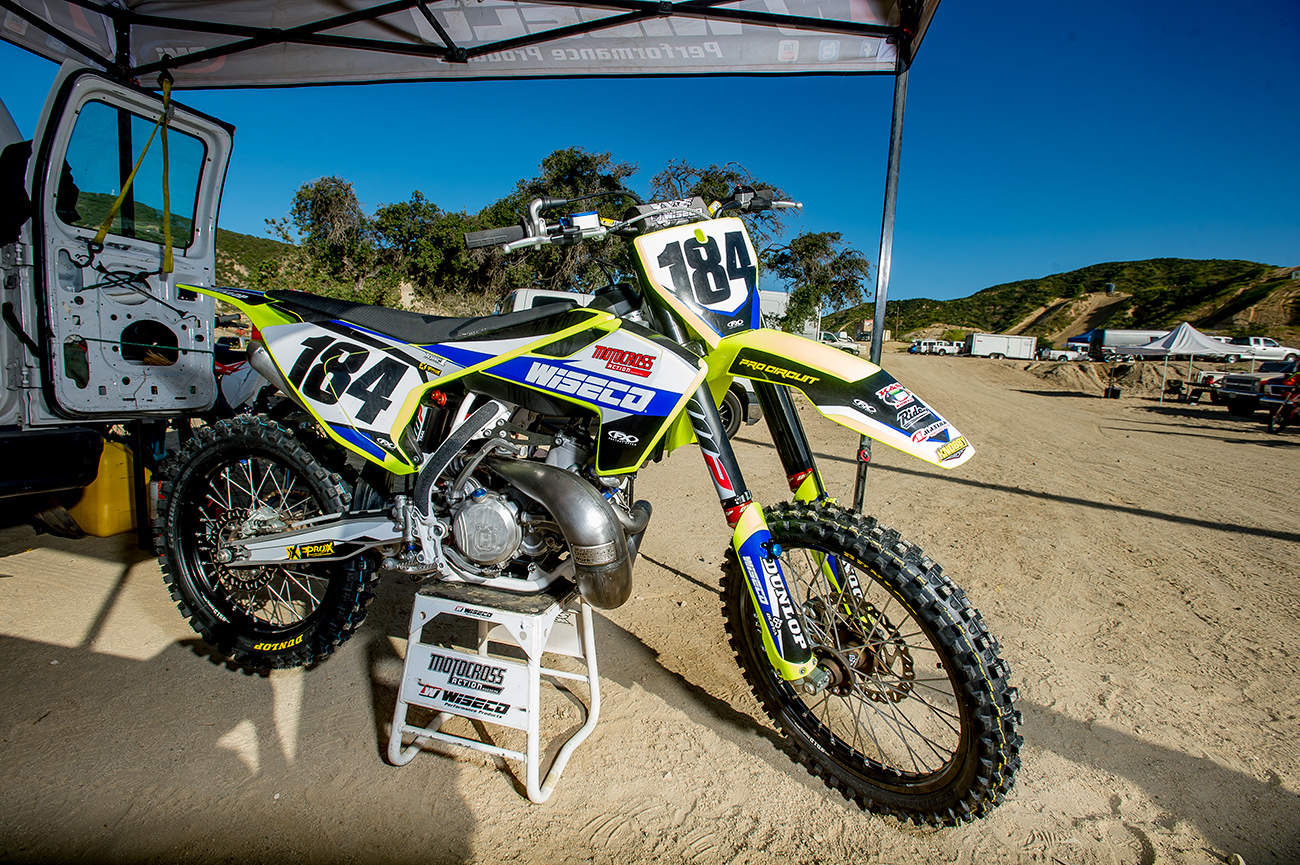 MXA’s Dennis Stapleton raced this flo-yellow Husqvarna TC250 Project bike in the Open Pro class. It will be tested in the July issue of MXA. It has WP AER air Cone Valve forks and a Trax shock. Ed Tashjian won his first moto in the Over-60 Novice class aboard his old school Suzuki 500 Full Floater. Vintage Iron showed a bevy of classic iron along the grandstand grass at Glen Helen. Ron Rinden won the Over-60 Novice class on his Suzuki RM250. MXA test rider Johnny Jelderda raced the 2017 TM 300MX project bike that we tested of the July issue of MXA. Johnny holeshot the second moto of the Open Pro class. This bike is a ripper and Jelderda raced it to fifth overall. 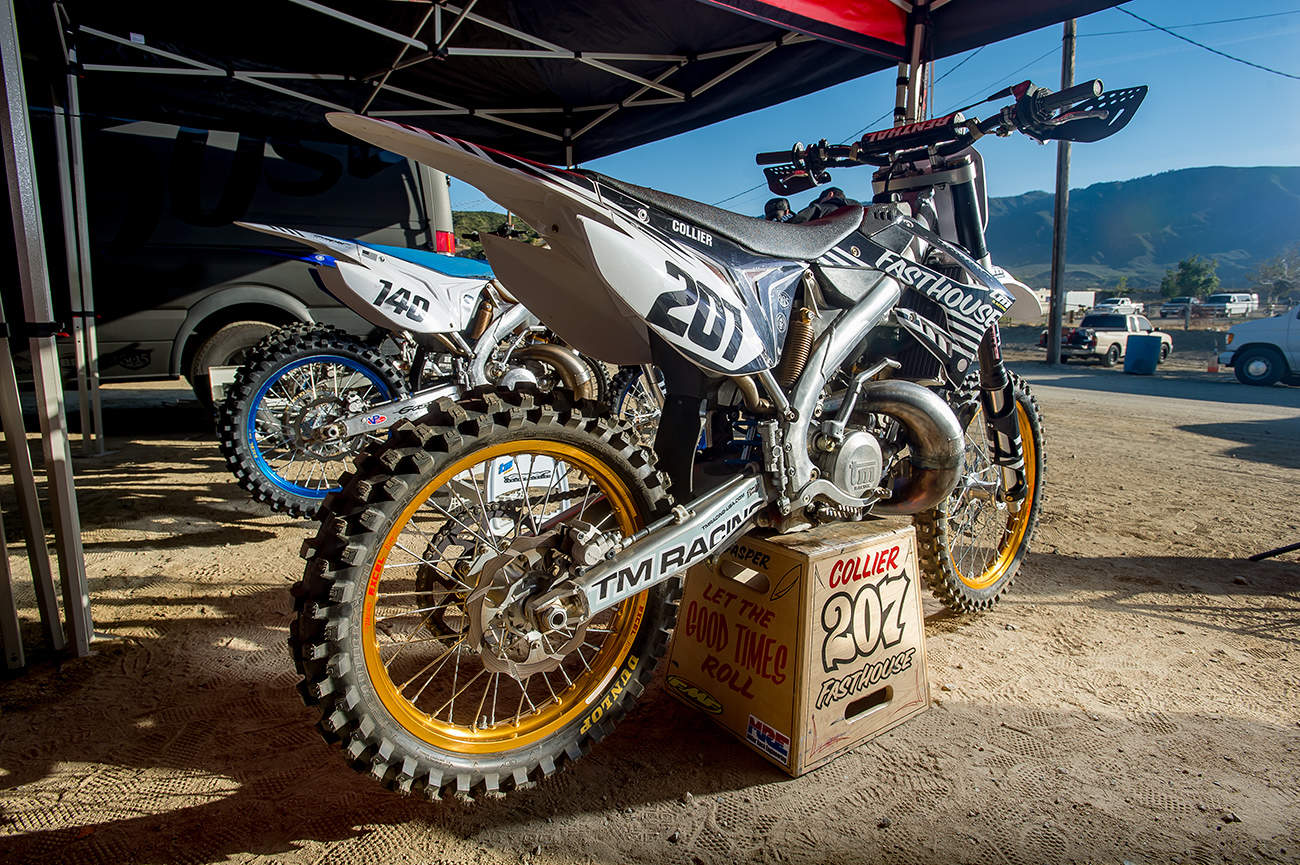 Since Sean Collier was under the weather the day of the World Two-Stroke Championship, he felt that his faithful KX500 “Beast” would be too much to handle. S0, he decided to race one of Ralf Schmit’s exotic TM 300MXs instead. Another view of Sean’s Fasthouse-sponsored TM 300MX.  The suspension on both Johnny Jelderda’s and Sean Collier’s TMs were done in Germany by Phillip Maassen of GPM Suspension. Apart from revlved forks and shock, this is a showroom stocker Yamaha YZ250. Another black framed frame, but this time on a steel perimeter framed Kawasaki KX250. The MTA Two-Stroke World Championship was a celebration of  smokers—there was a vintage class, but lots of riders chose to race their classic in the regulars classes against modern machines Honda CR125. Don Little raced his Fasthouse KX125 in the Over-50 Intermediate class. Anthony Da Graca’s 2017 Husqvarna TC250 rolled straight out of the Husqvarna factory van in the background with Rockstar graphics. This is MXA’s Husky TX300 that we converted into a  TC300. Husqvarn’as Andy Jefferson raced it to secnd place in the Over-50 Expert class behind Rodney Smith. Check out the detail on this TC300 HERE. This is the 2017 KTM 250Sx that KTM’s David O’Connor rode in practice at the World Two-Stroke Championships. After practice David decided to switch to a KTM 150SX to “live another day.”